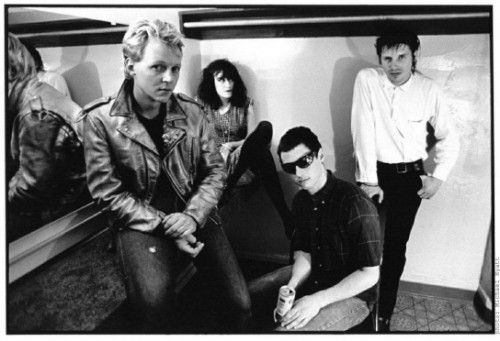 In 1983 X released More Fun in the New World, which became the fourth consecutive album to garner critical praise, and no doubt helped solidify their status as L.A. punk legends. More Fun was crisper than their previous albums, but no less raw and passionate. John Doe and Exene Cervenka still wrote their lyrics as if they were simply writing poems, and while there were more elements of pop to this album, the band’s punk and rockabilly roots held a presence.

It’s within those roots where we can shed light on their cover of Jerry Lee Lewis’ 1958 hit “Breathless.” Originally written by Otis Blackwell, “Breathless” would spend 15 weeks on the Billboard Hot 100 chart. Over time, it would amass several covers as timeless songs often do.

If you listen to Jerry Lee Lewis’ version and then X’s version, you’ll note that the backbone of the song remains intact, and X only adds elements of their own personality. Usually known to duet in various harmonies, Exene Cervenka takes the lead vocals while John Doe sings backup. Her voice is scratchy, playful, and powerful and moves the song along at an incredible speed, while DJ Bonebrake on the drums keeps things from becoming too chaotic. X’s guitarist Billy Zoom is an exceptionally talented musician, and his solos help take this song from something that makes you dance a little bit, to something that leaves you overwhelmed and electrified.

Check out more from X here.