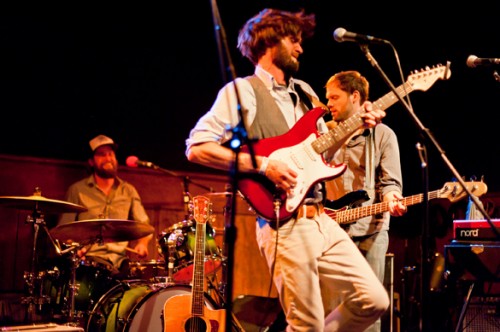 Taking 90s hip hop songs and doing a current indie cover of it has become a bit of a worn out novelty, especially the acoustic take. Luckily, Chicago indie rockers Fort Frances go beyond the expected with their latest in a series of covers. Over the last six months we have seen them release great covers of Beck’s “Guess I’m Doing Fine” and Paul Simon’s “The Only Living Boy in New York.” Now the band has re-invented a classic summer party song.

“Summertime” is the first single from DJ Jazzy Jeff & The Fresh Prince’s 1991 album, Homebase. The song won a Grammy Award for best rap single and featured added rap lyrics to the music of the Kool & the Gang instrumental “Summer Madness.” Through Will Smith’s popular TV and movie career, the song has only gained status and endured as one of the all-time greatest hip hop tracks. Fort Frances, fronted by singer and songwriter David McMillin deliver a rich update on the original that is one of the best covers you will hear this year.

For more info on Fort Frances check out their website.