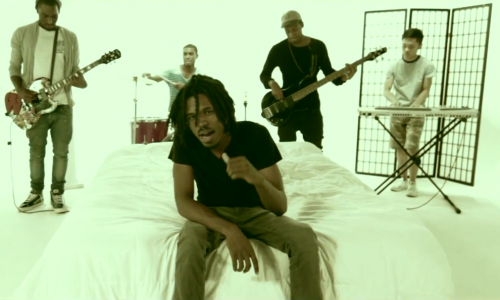 Like the rest of hip hop superstar Kanye West’s fourth album 808 & Heartbreaks, “See You In My Nightmares” ain’t like many other of West’s earlier, more upbeat hits about dropping out of college, his climb to the top, societal problems, and the like. While it didn’t garner as much attention as its equally sobering album-mates, “Love Lockdown” and “Heartless,” “See You In My Nightmares” is just as riddled with the rhythms of a different subject: loss and the bitterness of heartbreak. West comes at it all with an Auto-Tuned voice, Lil Wayne, and a heavy, synthy beat, but Cloud 9’s take is softer and perhaps even a little grittier.

The cover of this Maryland-based five-man band has a lighter beat and kicks off with some slow piano-playing, but about halfway through the track drops into electric guitar shreds and a pretty awesome rap bit by lead vocalist Michael “TK” Akinlosotu. Thankfully, the band was gracious enough to share this song and the rest of those featured on their first album, Deja Vu: The Cover Experience, for free on their website. To get a taste of their talent, check out Cloud 9’s cover of West’s “See You In My Nightmares” below!

Check out the rest of Cloud 9’s album and more on the band’s website.