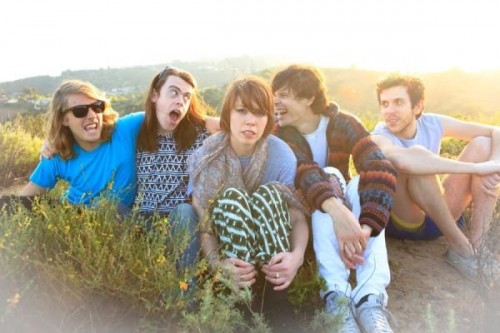 Getting your band’s song into an Apple commercial is one of the best publicity moves imaginable. Even if “Tongue Tied” by Grouplove doesn’t seem recognizable by name, you’ve most likely heard it in an iPod Touch commercial. It’s an infectious summer song, and the band gives off the impression they like to have a good time, which explains their choice to cover “Party Hard” by Andrew W.K. for A.V. Undercover.

Groupelove isn’t nearly as  energized in the same vein as W.K. was with his “Party Hard,” but their cover still inspires fun and boasts impressive harmonies. With the original, you may want to smash things and yell and jump, and with this cover, you might want to party hard with friends in a meadow on a nice summer day (or in Bill Murray’s sleeping bag, as the band suggests), and you’ll probably want to clap along to this version more than the original. But let’s give Grouplove some credit: they did perform the cover in white shirts with blood on them à la W.K. style. Watch below.

Check out more from Grouplove here.