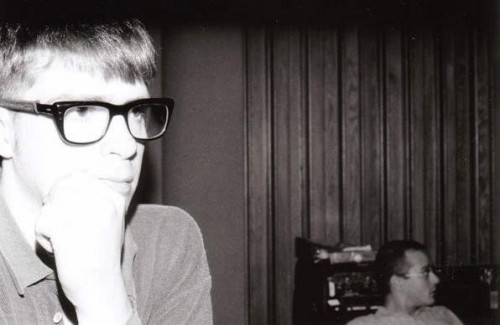 Since the age of 22, Rivers Cuomo has headed up one of the world’s most beloved alternative rock bands: Weezer. For the last 20 years, Weezer has guided millions of angsty youths through glorious highs, soul-shattering lows and everything in between with hits like “Island In The Sun,” “Say It Ain’t So” and “Hash Pipe.”

And despite the fact that Rivers and the rest of the band are already in their 40s — Cuomo is actually the youngest, now at the age of 42 — they’re still kicking ass both as a band and as solo artists. So far, Cuomo has released four solo albums and, apparently, has a Japanese language album coming out soon. So to celebrate his 42nd birthday and Weezer’s hard-earned success, we’ve compiled five covers of some of the band’s biggest hits. Check them all out below!

Released as the third single off Weezer’s self-titled debut album (a.k.a. The Blue Album) way back in 1995, “Say It Ain’t So” is one of Cuomo’s darker songs, about the pitfalls of love and relationships. While Weezer’s original track is made up of lazy guitar riffs and a strong bass line, Brad Go’s version drops the guitar for a piano and moves much more slowly — in a good way.

On the other side of the emotional spectrum lies “Buddy Holly,” the very upbeat second single from The Blue Album. The original’s so good, it’s near-impossible not to belt out the words whether you know them or not, but Richard Cheese, known for his awesome old-school takes on popular hits, does offer up an interesting cover of the track, complete with dramatic piano-playing, swelling strings and his smooth, Sinatra-like voice.

“El Scorcho” comes from Weezer’s sophomore album Pinkerton in 1996 and is a refreshing departure from some of the band’s other tracks, with a somewhat off-kilter backbone riff and a changing tempo. That said, it’s certainly not the easiest Weezer song to cover; however, UK solo act 12 Story Fall somehow manages to make the song his own all on his own with nothing more than his voice, an acoustic guitar, and a sound loop pedal.

One of Weezer’s more aggressive songs, “Hash Pipe” (from 2001’s The Green Album in 2001) is sung from the perspective of a male prostitute; Cuomo had been inspired to write it by, among other things, Ritalin and three shots of tequila. Try to keep that in mind as you listen to Scott Bradlee’s 1930s jazz version of the track, featuring Niia, because his take’ll make it hard to remember the song’s interesting origins.

Another single off The Green Album, “Island in the Sun” recalls the joy of youth, summer and listening to Weezer itself with its laid-back main riff and bright tempo. Filipino indie pop band RomCom punkifies the song a bit by thickening out that riff and beefing up the drums.

Check out more from Rivers Cuomo and Weezer on their website.