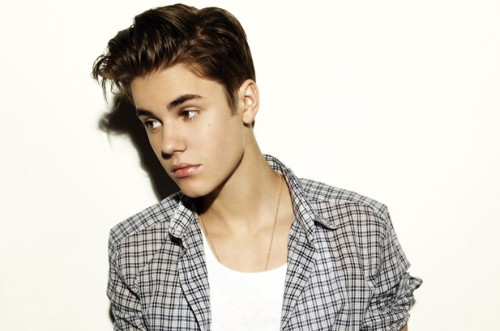 If anyone could give vats of melted cheese a sexy pop culture “comeback,” it’s Justin Bieber. With his runaway single “Boyfriend,” in which he arguably crossed over from tween heart-throb to adult sex symbol by rapping in a whisper, Bieber painted many steamy pictures of romance: Justin lying in the snow with his girlfriend, Buzz Lightyear flying across the globe, lots and lots of something called “swag.”

But it’s the fondue line that’s really captured people’s imaginations, possibly due to its surprising suggestion of maturity. Children, as a rule, tend not to gather ’round romantic fireplaces mooning over cheese pots. No, this is the glamorous debut of Mister Biebs. And as its dramatic leap in identity for one of the world’s biggest pop icons couples with the song’s enduring chart performance, “Boyfriend” is sure to be one of the songs of the summer. (Non-seasonal fondue and fireplace aside.)

But combining hot cheese and a Billboard Hot 100 hit is also a recipe for a frenzy of covers. Check out the five best so far, and learn how to effortlessly utter the term “swaggy” in the process.

1. Marina and the Diamonds

This sultry Welsh pop singer/songwriter delivers a truly beautiful cross-genre cover of “Boyfriend.” In it, she performs a deft lyrical gender switcheroo, responding to Bieber’s original lyrics from the point of view of a spurned lady (“When I was your girlfriend, you always let me go”). At times longing, at times jaunty, this version travels to many emotional places with a smoothness and charm. Performed straight off the floor, with fantastic audio quality, from the BBC Radio 1 Live Lounge.

These Irish pop twins are arguably as famous for their flamey hairdos as JB is for his sweeping bangs. Here, John breaks down the tune to a simple acoustic number. Sure, he’s not so hot on keeping the rhythm or the lyrics, but this version does represent the pinnacle of pop star synergy when one act records a true-to-YouTube, unlit, un-mic’d cover of another pop star’s single. Special cheers to Jedward for repping Ireland at Eurovision 2012!

It’s like Bieber meets Train meets … muzak? But this highly produced cover of the tune goes down so smooth, human ears are defied to mount a defense. No wonder, as the cover-crazed YouTube veteran Ward knows all too well how to serve up slickly produced tribute versions of pop songs that are guaranteed to garner many thousands of clicks. Plus, he’s wearing a Pink Floyd t-shirt, so that pretty much makes this cover cool automatically.

Another YouTube professional and crony of Tyler Ward, Alex G knows how to serve up tasty and tightly produced little covers of pop tunes infused with a little extra blast of pink. Her girly swagger and vocal tone might well be the female equivalent of Bieber’s in this snappy, more heavily acoustic cover. Be warned: Alex G commits the cardinal sin of gender-crossed covers by changing the pronouns (“Hey, girl, let me talk to you” becomes “Hey, boy, let me talk to you”) without giving it a narrative purpose, the way Marina and the Diamonds did. But, speaking of t-shirts, this girl’s taken “swag” in a literal direction and is rocking a pretty sweet thematic t-shirt that, again, only adds to the overall positive vibes of this fun cover.

If Biebs was trying to increase his maturity quotient with “Boyfriend,” this cover by Disney Camp Rock franchise performers Alyson Stone and Mdot takes “Boyfriend” all the way back to innocence. These troops from the new generation of virtual Mouseketeers (there actually is a Mickey Mouse in the video…) deliver top-notch dancing/singing/etc. with this tune. Hats off for trying to steam things up a bit with their suggestive dance moves, but the result ends up being a valiant attempt at sexy rather than a piping hot delivery of it. Regardless, this cover is adorable in its transparent attempt to be grown-up, and the musical complement of Mdot’s voice against Alyson’s is both a success and a cool change in tone from the other covers in this great batch.