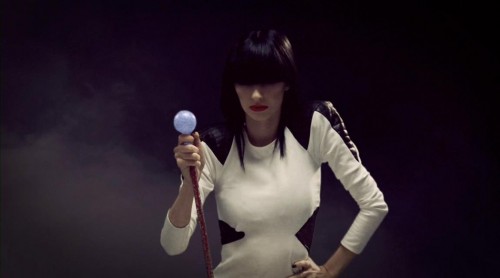 Hip hop vet Dr. Dre has been in the music scene since the early ’80s but come the year 2000, it seemed the world needed a little reminding that the famous rapper is certainly a forced to be reckoned with — that’s where the song “Forgot About Dre” came in. Released as the second single off of Dr. Dre’s sophomore album, 2001, “Forgot About Dre” featured rapper Eminem in his early years and won the pair a Grammy award for Best Rap Performance By A Duo Or Group in 2000.

More than a decade later, New Zealand singer-songwriter Zowie has updated the track with a skillfully performed cover she arranged all by herself. With nothing more than a Tenori-on (a fancy electronic musical instrument) in hand, Zowie showed off her rapping skills without missing a beat. For a performance that’s nearly six minutes long, we’d say that’s quite an impressive feat. Watch her awesome performance for yourself below!