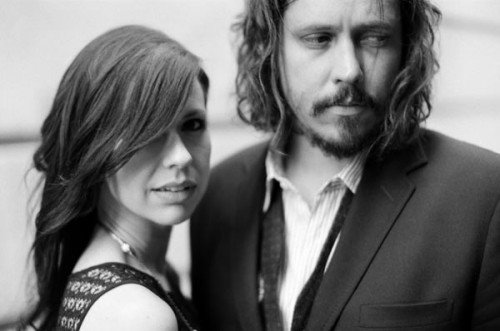 Comprised of Johnny Depp’s Doppelganger John Paul White and the angel-voiced Joy Williams, The Civil Wars have become fairly famous over the past few months, partially for their interpretive acoustic covers. Having already conquered the likes of Michael Jackson, Elliot Smith and Smashing Pumpkins, the duo have attached their talents with the catalog of an even more unlikely group, British trip-hoppers Portishead, for the B-Side of their recent 7-inch.

Abandoning the effects and samples from the original 1994 recording of “Sour Times,” White and Williams expose the simple basic melodies within Portishead’s composition. White provides the repetitive accompaniment by strumming chords on his 1957 Martin 000-18, while initially Williams and then the two of them together pick up the vocals. Like all of the songs that they cover, this one has a gorgeous vocal melody that lends itself well to their harmonizing style. By the end they’re both on the verge of screams, but as accomplished vocalists they’re still completely in control of their pitch and tone. Check out the video below, and catch this track on their new “Billie Jean” vinyl single.

Check out more by The Civil Wars on their website.

One Response to “The Civil Wars Unplug Portishead’s “Sour Times””