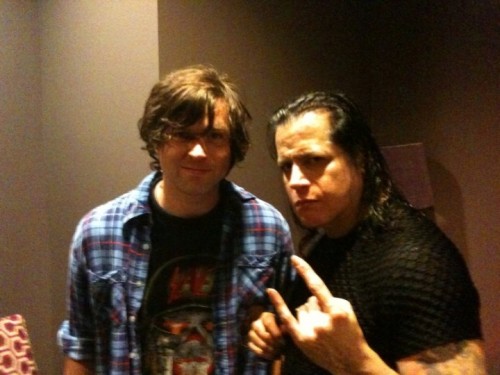 Ryan Adams is a covers machine: just check out our Live Collection from last May or check out all the other covers he’s done since then. He’s been delving into the world of metal, in particular, over the last couple years, going so far as to create a satirical(?) black metal persona, Werewolph. That hasn’t stopped him from doing covers of metal songs in his typical singer-songwriter style, as well.  Adams has long been a self-proclaimed Danzig fan, and if you forgot to get your mom a gift for Mother’s Day last weekend go ahead and send along this cover of “Mother” to her.

The first notable thing about this song is the Parisian crowd’s gasps of disbelief when he sings the opening of “Mother.” As if they can’t believe he’s really doing this; but when it’s Adams, you should never be surprised. As with most of his covers, he sounds absolutely sincere in his rendition. The plucked guitar is sparse and dark, and his voice cracks as he earnestly croons the metal classic. The song sounds as ominous here as the original. Check it out below, along with this tantalizing image of a cat drinking from a bird bath. (Via TwentyFourBit)