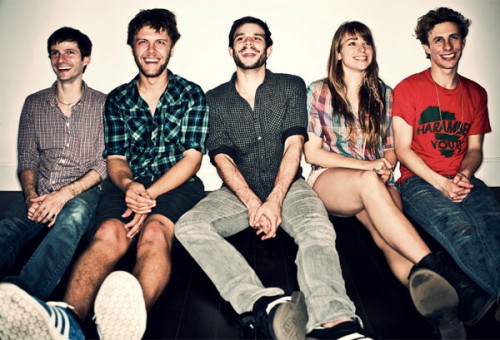 Sometimes a song speaks for itself; sometimes a cover just works so well that there’s little to be said for it. Maybe it’s the songwriting, maybe the covering artists, but the fact remains that some mercurial elements came together for a simply magnificent piece of music.

This is precisely what has happened with the first in Rolling Stone’s series of Paul Simon covers, commemorating the upcoming 25th anniversary of Graceland. With a little help from friends like Dickie Landry and The Lost Bayou Ramblers’ Andre and Louis Michot, the band Givers has kicked off the series with another side of the Louisiana in “That Was Your Mother.”

Though Givers might generally be shuffled into indie-pop categorization, there’s no doubt that they’re right at home with the Cajun feel of the cover – after all, they’re from that very Lafayette that Simon sings about. Landry brings the sax and the Michots bring the fiddle and accordion (and occasional vocals en Français), but it’s all the parts of the equation coming together that make a track great. That’s precisely what happened with this one. (via Rolling Stone)

Givers – That Was Your Mother (Paul Simon Cover)