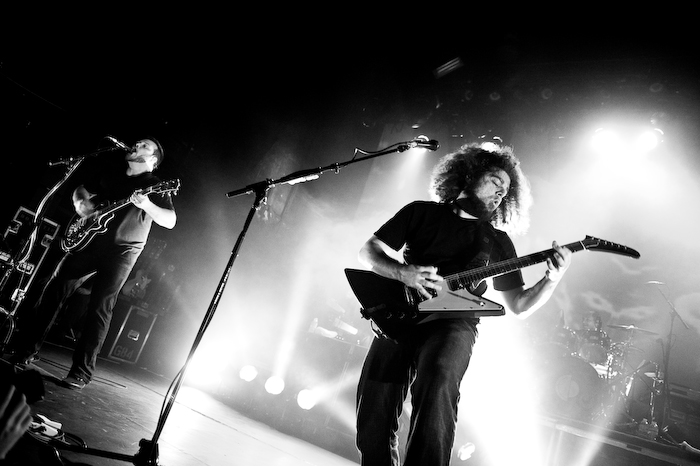 Gotye‘s “Somebody That I Used to Know” has pretty much conquered the world over the past few months, leaving heaps of cover versions and newly-minted YouTube celebrities in its wake. Now the hyper-catchy Australian earworm is even making its mark on the world of loud rock and metal, with New York rockers Coheed and Cambria adding it to their live set. The performance has hit the internet thanks to fan-shot videos, including this recording from their recent stop at The Music Farm in Charleston, South Carolina.

Without the slightest traces of xylophone or Kimbra, Coheed and Cambria perform the song like it was always meant to be a rock anthem. Josh Eppard replaces the original’s minimalist percussion with a bombastic drum part, while the rest of the band use dramatic guitar swells to give it an epic, unapologetic sound. Singer Claudio Sanchez nails the emotional and vocally-challenging chorus, occasionally singing through the pickup of his Gibson Explorer to get an otherworldly effect. Watch the video below.

Coheed and Cambria – Somebody That I Used to Know (Gotye cover)

Check out more from Coheed and Cambria on their website.