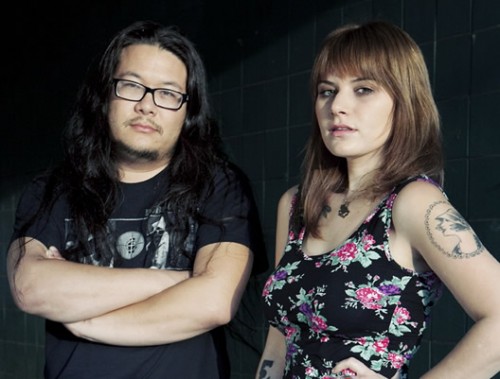 Best Coast’s sophomore album, The Only Place, is due for release on May 15th. Bethany Costentino talked with the L.A. Times in February, where she mentioned that she has been reading the Fleetwood Mac book, “Tusk” for inspiration. We will have to wait a couple more weeks to see how the influence plays off, but in the meantime Best Coast have released a cover of “Storms” from Fleetwood Mac’s 1979 album Tusk.

Almost nothing about the cover would remind Best Coast listeners of Best Coast, save for Bethany’s voice, which even comes across as more mature and less obscured than usual. There’s no fuzzy garage surf-rock to this song, just an acoustic guitar, and a clear admiration of Stevie Nicks. It’s exciting to think about Best Coast tinkering with their sound, and perhaps their new album will reveal an emotional growth within the band. The cover premiered on the BBC Radio 6’s show Radcliffe and Maconie, and you can hear it below. It will also be available as a vinyl 7” at independent record stores.