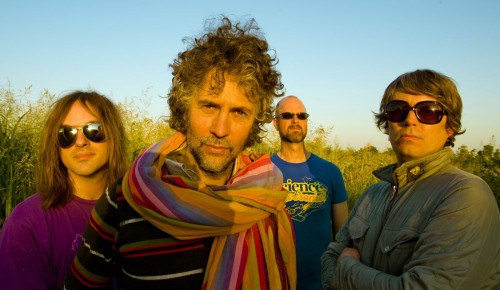 Any cover of a beloved song is sure to be met with a bit of suspicion and wariness. Sometimes it’s deserved and sometimes it isn’t, but sometimes it’s hard to even know how to react or how to feel. Some covers need to face the test of time before they can be judged. This, it seems, is the fate of the Flaming Lips cover of the Beach Boys classic, “God Only Knows.”

Released on MOJO Magazine’s fiftieth anniversary tribute to the Beach Boys, the cover is undeniably simplistic and chock-full of reverb, but it is also perfectly melodic and beautifully sung by Wayne Coyne. The base level of instrumentation is chiptunesy and dreamlike, and Coyne’s vocals are spot-on with Brian Wilson’s.

It’s hard to say what makes the song work or not work, but it seems that the only real distracting factor is the reverb. Then again, the fact of the matter is that the rest of the track stays remarkably close to the original. Granted, there are different instruments and a slightly slower tempo, but there aren’t the kind of changes one might expect on a high-profile indie cover of an undeniable pop classic.

Maybe that’s the point. Perhaps we’re digging too much into this, but maybe the discord created by the ever-present reverb is that major changing factor that the Flaming Lips wanted to bring to this cover. Even with the technical aspects of the original held intact, the reverb creates an entirely different mood for the song. Maybe that’s the point, maybe it’s not; regardless, the track is certainly worth a listen. It’s worth a bunch of listens, if you’ve got the time. Enjoy.

Check out more from The Flaming Lips at their website.