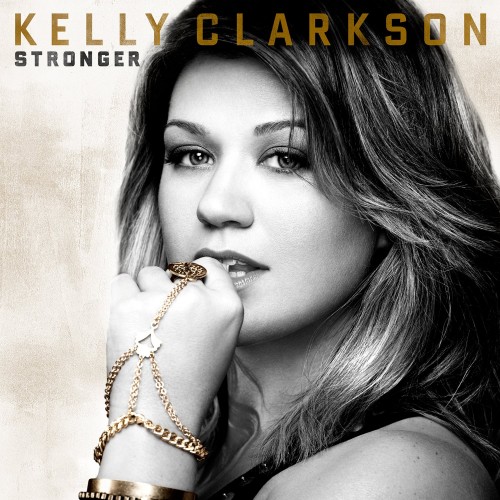 Pop singer Kelly Clarkson has certainly come quite a ways from her American Idol days — just last October she released her fifth studio album Stronger, featuring a hugely popular single of the same name. “Stronger (What Doesn’t Kill You)” hit the airwaves this past January as the second single off the album and has since become her third song to top Billboard’s Hot 100 chart. In fact, the track held the spot longer than Clarkson’s other chart-topping hits, “A Moment Like This” and “My Life Would Suck Without You.”

Given its strong up-tempo dance beat and infectious chorus, it’s really no surprise “Stronger” has garnered so much success so far, and its empowering message of strength and perseverance certainly doesn’t hurt the track’s popularity either. “This is one of my favorite songs on the album,” Clarkson told Digital Spy. “Everybody loves the message ‘What doesn’t kill you makes you stronger.’ It’s a perfect representation of my life.”

Check out a few of the best covers (so far) of Clarkson’s latest feel-good track.

1. Katie & Adam Stanton
With a few tweaks in the beat and melody, Katie Stanton makes “Stronger” all her own, serving up a well-performed cover with her full-bodied voice and an upbeat acoustic guitar played by her brother Adam.

2. Freak Morice
Freak Morice — an Australian band comprised of the teenaged Ferguson siblings — show off their obvious talent in their acoustic cover of “Stronger.” Their well-executed, five-part harmonies — supported by an acoustic guitar, an egg shaker, and a bass — truly make their unique version a great listen.

3. Sam Tsui
In his usual fashion, Sam Tsui completely killed “Stronger” with a lot of help from musician Kurt Schneider, who skillfully produced the up-tempo track.

5. AJR
Clarkson’s version of “Stronger” was catchy enough, but the New York-based hip-hop/pop rock fusion band AJR somehow manage to make the song even catchier by strengthening the track’s beat and adding their own electronic riffs. The fact that the three-man band of brothers incorporated a few lines of MGMT’s “Kids” into their cover scores them a few bonus points.