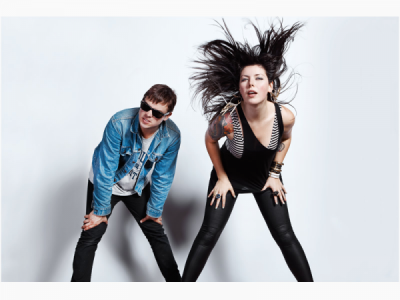 It may be hard to believe that a noise-rock band such as Sleigh Bells would have any affinity towards pop-powerhouse Beyonce. The duo, comprised of Derek Miller and Alexis Krauss, have both mentioned wanting to work with her in the past; in fact, they actually did collaborate with her in some manner, but it was never released. In hopes of catching Queen Bey’s attention, the Brooklyn duo dropped an acoustic cover of the break-up anthem “Irreplaceable” on Zane Lowe’s BBC 1 Radio Show last night.

The cover does not include any of the static or true shred guitar that has won Sleigh Bells so many fans. Instead, Krauss’ breathy vocals are backed by unfamiliar acoustics. For hardcore ‘Slay Bells’ fans, this track is something of a novelty, but definitely worth the listen.

If you haven’t picked up their latest album, Reign of Terror, be sure to check out the official website for it or their Myspace.