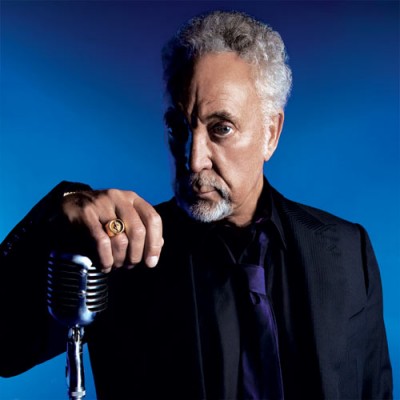 Third Man Records’ latest installment in their Blues Series features legendary Welsh crooner Tom Jones.  The blue-eyed soul singer adds his unmistakable voice  to Jack White’s rifftastic guitar work on a cover of Howlin’ Wolf’s “Evil”. White lends his signature production style to the 1954 Chicago blues standard written by Willie Dixon, who also played bass on the original recording. Recently Jace Everett recorded a version of the song, which was used as the featured track for the third season finale of the HBO series True Blood.

The Blues Series has previously encompassed artists such as Stephen Colbert and Insane Clown Posse. The 7″ single also features a new rendition of the Frankie Lane classic “Jezebel” (as covered over the years by the likes of Edith Piaf and Anna Calvi) on the b-side. It is available for pre-order ahead of a March 5 release and, as usual, Third Man Records will send out 50 limited edition tri-color records in random mail orders. Listen below.

Get more info on Jack White over at Third Man Records.