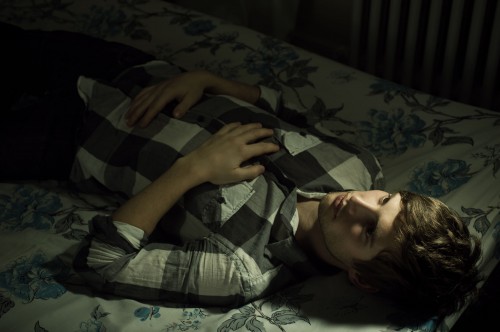 Guitarist Casey Shea first tipped us to his band Everlea’s YouTube page more than a year ago. From the first video we played, it was immediately apparent that these acoustic covers needed to be categorized somewhat differently than the more amateur performances we normally dig up. Each video was beautifully filmed in a different location, swapping the usual bedroom-webcam aesthetic for barns and harbors. The cinematic backdrops frame Everlea singer Justin Dubé’s lovely acoustic takes on the Killers, Yeah Yeah Yeahs, and over a dozen others.

We had months of delays putting this together, but we can finally present an overview of some of our favorites, accompanied by notes from Justin. Though he features as the star performer, the man behind the camera proves just as important to the clips’ appeal and we asked Justin where these great shots came from. “I’m fortunate to have a very talented friend, Brooks Reynolds, who films all of my performances,” he says. “Brooks is a professional photographer/director who is very in tune with the visual aesthetic, always striving to capture interesting shots. As such, we might find ourselves on a freezing cold beach in the middle of the winter, or in a stifling hot warehouse in the middle of June. It’s a good thing our videos don’t convey temperature.”

Below, Justin takes us through five of the covers with anecdotes about filming on a bike, in a cotton factory, and amidst piles of sawdust. Everyone from Coldplay to Bedouin Soundclash gets filtered through his plaintive vocals and delicate playing and we hope we won’t have to wait another year and half to post on him and Everlea again.

The Scientist (Coldplay cover)
We did this cover in an old cotton factory. Between takes we would strip to our skivvies because it was so hot and stuffy. Also, I have a nasty habit of forgetting lyrics… if you look closely you can see the lyric sheet lying on the floor near my feet.
When the Night Feels My Song (Bedouin Soundclash cover)
We shot this video in response to being selected for the MuchMusic Video Awards. For this video I used mobile/wireless recording gear to record the main vocal while riding my bike. I then projected video of me riding and singing onto a brick wall and accompanied the projected image of myself on guitar – ambitious, but came out pretty cool.
Maps (Yeah Yeah Yeahs cover)
This was done with the ever talented Maggie Eckford, a singer/songwriter whom I’ve had the good fortune to know through Brooks. Maggie was in town for a recording session – Brooks called up his friends in a band called San Sebastian whose guitarist let us film in his living room.
When You Were Young (The Killers cover)
We filmed this in the living room of my old apartment. I was going through a rough time and this song really helped me through. I think vocally this is one of my best, probably because I walked around the streets of Toronto singing it under my breath for about a month.
We Found Love (Rihanna ft. Calvin Harris cover)
We filmed this one in an unfinished room in the house that Brooks is renting. I got sawdust all over my bum.

Check out more from Everlea and Justin Dubé at YouTube.