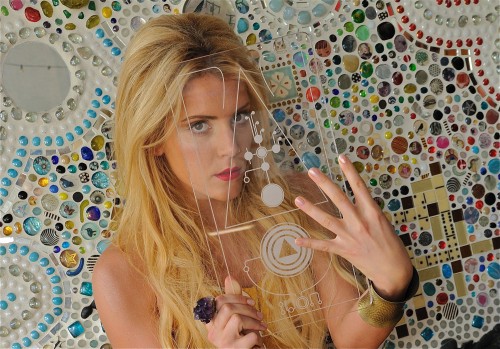 When we announced our Moptop Madness cover bracket last March, several commenters complained that we left off Oasis’ cover of “I Am the Walrus.” We argued that it was too similar to the original (we chose Spooky Tooth’s version instead). Frankly, it’s a problem that many too-reverential Beatles covers suffer from. Not NOVI’s version though. Her fresh “Walrus” wraps the lyrics in lush electropop production with vague echoes of R&B, trip-hop, and electronica.

Born Carolyne Neuman, NOVI got some buzz this past summer with her über-catchy single “Blackbirds” (despite the name, that one is not a Beatles cover). She’s since released her Now I’m Here EP, which itself features a knockout version of “Scarborough Fair.” For this latest cover, we asked her how she came to cover the “Walrus.” “My uncle had the idea for me to cover “I Am the Walrus,’” she tells us. “It definitely resonated with me, so I brought the idea to the studio, and my producer took off on it, creating the track. When I went to do a quick scratch vocal, I sang the whole song through and the melodies just poured out of my mouth. That was the first time I had ever sang the song, and I never sang it again!”