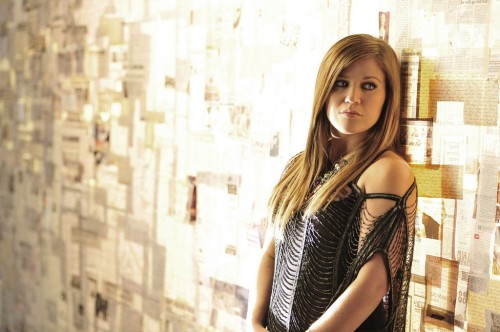 Say what you will about American Idol – lord knows we’ve said it before – but it’s hard to deny that first season winner Kelly Clarkson is talented. In a culture where pop stars are produced by the handful, and usually come with a large quantity of auto-tuned hits, it’s impressive to see how far Clarkson’s come in the 10 years since her Idol victory. Apparently she also has good taste. Currently on her Stronger tour, to promote her fifth studio album of the same name, Clarkson surprised her audience the other night with a cover of Florence and the Machine’s “Heavy in Your Arms.”

While Florence Welch and Clarkson may come from very different backgrounds, musically they aren’t all that different in terms of talent and genre, which is probably what makes the hit such an easy choice for Clarkson, who nails it on stage. Doing live covers is always a hit and miss, because you never know what might go wrong or how the audience will react. Clarkson kept her cool though, belting it out for an excited audience from the first note to the last. Clarkson is probably one of the few modern pop-stars who can actually hit all the same notes as Welch, and in a few cases even higher ones. The live video isn’t the best quality, but maybe if fans are lucky Clarkson will get in the studio and record her own version of the song when she gets a break from touring this year.

Kelly Clarkson – Heavy in your Arms (Florence and the Machine Cover)