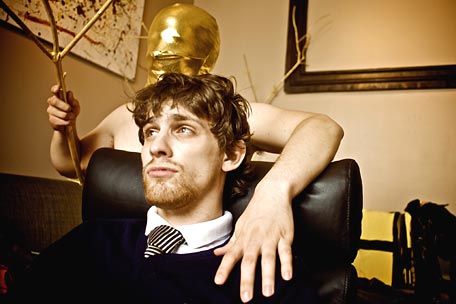 After a three year break from the music scene, Anthony Gonzalez, aka M83, came back with a bang, creating the song that topped so many Best of 2011 lists, “Midnight City.” Covers of this song have been numerous, with Trails and Ways even ending up on our very own “Best Of” list. Since we’re only a few weeks into 2012, it’s only fitting that more covers of this song are still being produced, such as Emil & Friends’ bizarre take.

The word “epic” was used to describe the original; for this, we’d have to say ‘erratic.’ The shifts from droning synth to indecipherable electric solos make the track dark, a bit of a departure from the uplifting original. Frontman Emil Hewitt tricked fans into thinking that actor Emile Hirsch had started a band, and with this cover, the band just may gain a little more notoriety.

Be sure to check out more weirdpop by Emil & Friends over on their MySpace.