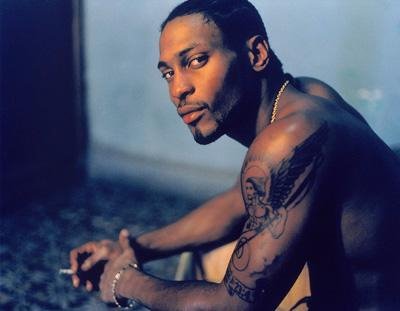 D’Angelo may not be familiar to some of our youngest readers, but his neo-soul album Brown Sugar peaked at #4 in 1996 on Billboard’s Top R&B Albums. It is also listed by Rolling Stone on the “Essential Recordings of the ’90s” and in Tom Moon’s 1000 Recordings to Hear Before You Die  and Robert Dimery’s 1001 Albums You Must Hear Before You Die. He has only released one album since then (2000’s Voodoo) and hasn’t toured or interviewed. Needless to say, his supposedly soon-to-be-released James River has many on the edge of their seats. So when a track of D’Angelo doing a “cover” of Soundgarden‘s huge alt-rock single “Black Hole Sun” leaked last week, the internet was buzzing.

The track, according to a tweet by James River collaborator and Roots dummer, ?uestlove, is neither new nor slated to be on the upcoming album, but it is both surprising and catchy. The word cover is used loosely here, as the only part remaining of the original is the chorus, and even those lyrics have been slightly altered, but D’Angelo has certainly maintained a bit of the dark vibe of the original if nothing else. The track has a funky bassline, distorted keyboards and smooth vocals – although it sounds like D’Angelo was sucking on some helium before this take. It’s not until two minutes into the almost six minute song that Soundgarden’s lyrics appear, but once they do, you’ll see how well they fit. The track is reported to be a demo from sometime in the early 2000s, so you’ll have to forgive the lo-fidelity, but take a listen below.

Check out more from D’Angelo on Myspace