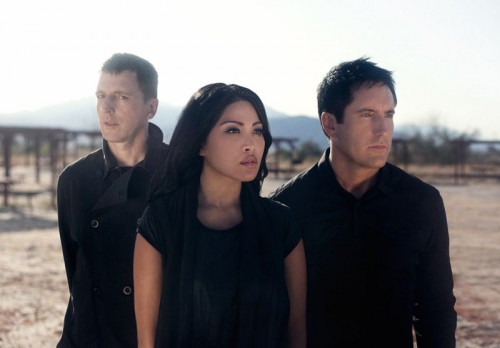 Last week, we finally heard Trent Reznor and Karen O.’s “Immigrant Song” cover from the Girl with the Dragon Tattoo soundtrack. Well, that 39-song set includes one other cover and it’s available to stream now. Reznor and Atticus Ross cover Bryan Ferry’s “Is Your Love Strong Enough” in the guise of How to Destroy Angels, their band with Reznor’s wife Mariqueen Maandig.

The song choice proves fitting, since it originally appears on a soundtrack itself, to Ridley Scott’s 1986 fantasy film Legend. Not surprisingly, Reznor and co’s version is darker and more electronic, trading David Gilmour’s original guitar part for heavy beats and dense textures. Stream it below, then pick up the full soundtrack at iTunes.

How to Destroy Angels – Is Your Love Strong Enough? (Bryan Ferry cover)

Buy the full soundtrack at iTunes or Amazon.