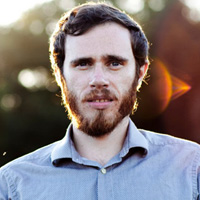 20. James Vincent McMorrow
Higher Love (Steven Winwood cover)
Despite its success, some critics have found fault with Bon Iver’s self-titled record for too closely reproducing the overly cheesy sounds of ’80s pop radio embodied by folks like Steve Winwood. Perhaps in direct response to that criticism, Irish singer-songwriter James Vincent McMorrow released this cover of Winwood’s synthed-out 1986 classic “Higher Love” in September this year. If you weren’t listening too closely, you might assume this track came from Bon Iver himself; it features a simple piano-vocal melody and incredibly high, fragile falsetto singing. Here McMorrow isn’t celebrating the potential acquisition of this love; he’s mourning its absence. – Eric Garneau 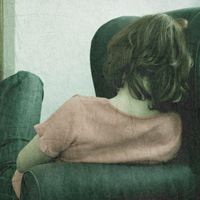 19. Emmalee Crane
Pretty in Pink (The Psychedelic Furs cover)
Not only does this cover not sound like anything else on this list; it doesn’t sound like much else we’ve heard all year. The mysterious Emmalee Crane – whose photos all consist of the back of her head – surrounds you with ambient atmospherics, ditching the lyrics and all but the faintest hints of the melody in favor of tidal surges of sound. It completely envelops you and it will be four or five minutes before something clicks and you go, “Oh, I know that.” – R.P. 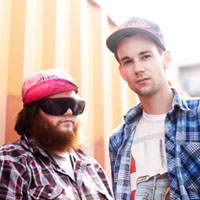 18. PS I Love You
Where’s the Party (Madonna cover)
Paper Bag Records’ tribute to Madonna’s True Blue ranks as one of the more interesting cover albums of this past year. It features Canadian indie bands’ takes on the 1986 album, including most notably P.S. I Love You’s almost unrecognizable version of “Where’s the Party?” No fun girl-pop here: instead, they transform the track with biting guitars and a huge beat into something that wouldn’t sound out of place on an early ’90s grunge compilation. Check out the desperation in the lead vocal, almost like he knows no one will answer his question. – G.D. 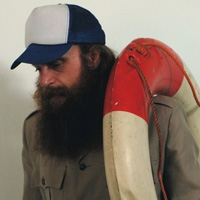 17. The Diamond Family Archive
You Give Love a Bad Name (Bon Jovi cover)
When Laurence Collyer sent us this cover, the file was mistakenly titled “Shot Through the Heart,” an entirely different Bon Jovi song (with some obvious lyrical similarities). It’s not hard to see how someone could mix this up with another song; no matter how much classic rock radio you listen to, the song’s origins won’t be immediately apparent. Where Bon Jovi’s original is all chest-thumping posturing, Collyer’s contemplative ballad rips your heart right out. – R.P. 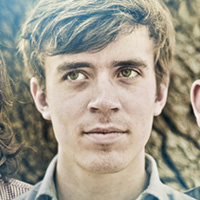 16. Yellow Ostrich
Blue (Da Ba Dee) (Eiffel 65 cover)
What would the ‘90s have been without Eiffel 65’s strange, yet infectiously popular hit “Blue (Da Ba Dee)”? Barely recognizable until the chorus hits, Yellow Ostrich’s harmonically pleasing version of “Blue” spins the overplayed original into something you’ll be glad to hear again. Yellow Ostrich transforms the formerly dance-pop “Blue” into a successful slower-tempoed indie track. Don’t worry, though – you can still dance to it just fine. – C.P. 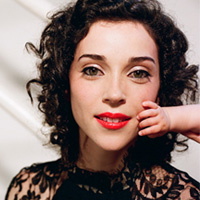 15. St. Vincent
Kerosene (Big Black cover)
May’s Our Band Could Be Your Life anniversary concert in New York featured indie favorites like Dirty Projectors, Titus Andronicus, and tUnE-yArDs covering pioneers of the underground. The day after, though, everyone only talked about one performer: St. Vincent, who lay waste to Big Black’s “Kerosene,” delivering about 90 seconds of vocals and then mercilessly shredding for five minutes. No secret that Annie Clark knows her way around a distortion pedal, but the noise squalls here reached previously unscaled heights of epic. – R.P. 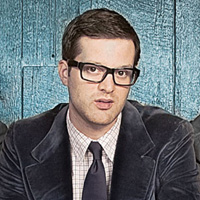 14. Mayer Hawthorne
Don’t Turn the Lights On (Chromeo cover)
You may have already noticed Mayer Hawthorne’s name in our Best Cover EPs list, and for good reason. While the electro ’80s pop of Chromeo’s “Don’t Turn the Lights On” may not exude a whole lotta soul, Hawthorne saw the potential and transformed the track. He gives it a slow groove that makes it sound like a lost Marvin Gaye or Donny Hathaway number. Close your eyes and listen, you’ll soon see visions of big collars, bigger Cadillacs and way too much wood panelling. – G.D. 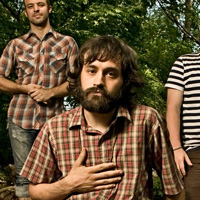 13. mewithoutYou
In Bloom (Nirvana cover)
If anyone needs an education in how much mewithoutYou has changed the last few years, start them here. Back in the mid-aughts, a Nirvana cover would likely be met with their then-trademark hardcore howls and riffs. Now, though, they tackle it with what might be called “post-folk.” Things don’t quite fit together, like an old jigsaw puzzle that some termites got into. Even when mewithoutYou sands off the louder edges, the closest they get to conventional is a folk-rock band as seen through a funhouse mirror. – R.P. 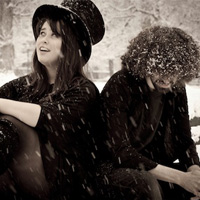 12. Bent Knee
Since I’ve Been Loving You (Led Zeppelin cover)
In a field like cover music, where versatility is almost taken for granted, bands like Boston’s Bent Knee send expectations reeling with every cover they put out. Their take on Led Zeppelin’s “Since I’ve Been Loving You” is not just a great cover; it is a singularly beautiful piece of music. The track takes us from smooth jazz to a glorious rock-and-roll apocalypse without losing any of its cohesion, coming together in a recording that would make Zeppelin proud without being the least bit derivative. If that’s not the mark of an exceptional cover, it’s hard to say what is. – B.R. 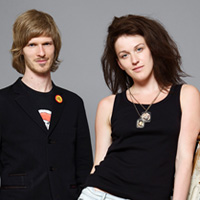 11. Hellsongs
Stand Up and Shout (Dio cover)
In May 2010, heavy metal icon Ronnie James Dio passed away. One year later, self-dubbed “lounge metal” Swedish group Hellsongs released this tribute to the 5’4” powerhouse. If you’re expecting anything close to the harsh guitar bite of Dio’s solo ’80s records, you’re in for a surprise; this drumless acoustic recording starts off light and plucky and only starts to pick up some of Dio’s intensity towards the end with the introduction of a faster rhythm and a wah guitar solo. Still, any act who care enough to transcribe Dio’s original recording into this format are obviously fans, so let’s celebrate the life of a metal pioneer with these sweet Swedes. – E.G.