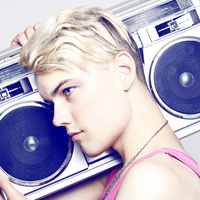 30. Diamond Rings
Mellow Doubt (Teenage Fanclub cover)
That Toronto dance kid Diamond Rings has toured with both pop maven Robyn and grungy rockers PS I Love You illustrates the two distinct worlds he lives in. They come together here though, on a clubby cover of an old Teenage Fanclub song. What was a chunky little piece of guitar-pop becomes a serious dance jam, all boogie beats, feel-good synths, and an insistent little keyboard riff. Consider this a preview of next year’s hot collab: Kyliesaur Jr. – R.P. 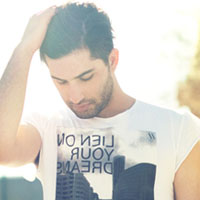 29. The Chain Gang of 1974
Hold Me Now (The Thompson Twins cover)
The Chain Gang of 1974 has spent its existence proving that the ’80s synth-pop pond is nowhere near as stagnant as others have perceived it to be. “Hold Me Now” loses the, ahem, “exotic” percussion of the original, slows the pace, and gives its listeners a magic shoegazing carpet ride, lifting them far above any notions of camp or irony and into a realm of true appreciation. The moment where everything falls away save voice and piano gives the song a transcendent emotional charge that will make you want to follow the title’s instructions as soon as possible. – P.R. 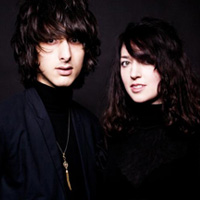 28. Cat’s Eyes
When My Baby Comes (Grinderman cover)
Grinderman finds Nick Cave at his most sexual and dangerous – which, for him, is saying something. The menace of a song like “When My Baby Comes” hits you the moment Cave opens his larynx. In Cat’s Eyes version, though, the darkness creeps in more slowly. Organs churn and pretty voices moan softly for a few minutes, like a Hitchcock movie where you know something bad is coming but can’t say what it is. At the 2:30 mark, it finally arrives as the song collapses into thuddering drums and My Bloody Valentine squalls even more violent than the original. – R.P. 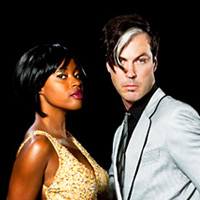 27. Fitz and the Tantrums
Steady As She Goes (The Raconteurs cover)
Fitz & The Tantrums infuse The Raconteurs’ “Steady, As She Goes” with the same bright soul-pop sound that made their “Moneygrabber” a hit. Jack White’s relaxed arrangement gets a jumpstart from James King’s saxophone, which creates a fuller sound than the bare-bones jam of the original. The cover also revamps The Raconteurs’ garage rock sound with energetically soulful back-and-forth vocals from Michael Fitzpatrick and Noelle Scaggs. – Caroline Lees 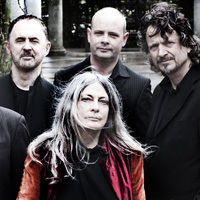 26. June Tabor and Oysterband
Love Will Tear Us Apart (Joy Division cover)
Joy Division’s swan song has been covered so often, in so many ways, that one would be hard pressed to listen to a new cover and feel true emotion rather than listless recognition. But June Tabor, folktoria regina of Britain, joined forces with Oysterband on this year’s Ragged Kingdom and gave the song a new strength, not by burnishing its leaves, but by deepening its roots. Stripped down to the pain, the lyrics and melody become strong examples of British folk, resonating with past suffering and glory, immortalized for generations beyond our own. – P.R. 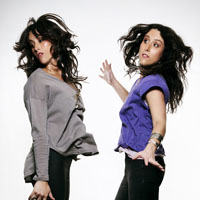 25. The Watson Twins
Tighten Up (The Black Keys cover)
The Black Keys’ 2010 hit “Tighten Up” offered gritty rock grooves, done-me-wrong woe, and a whiskey barrel’s worth of rock and roll swagger. The Watson Twins ignore all of that. In fact, you might want to go ahead and pull out the lyric sheet now to confirm this is even the same song. Their angelic harmonies waft over a smooth acoustic bed, bringing out a gentle romance miles away from the Keys’ bluster. – R.P. 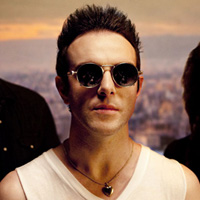 24. Glasvegas
I’m Going Slightly Mad (Queen cover)
Queen’s “I’m Going Slightly Mad” was a lighthearted, lovable goof on a Bozo idea of craziness. In Glasvegas singer James Allen’s voice, though, it sounds like someone who actually might be on the brink of losing it – and not in any fun penguins-and-poppies way. The singer’s despair sounds like it could switch over to a homicidal rage at the slightest provocation. One card short of a full deck…and one word away from totally snapping. – R.P. 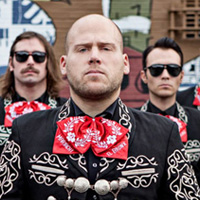 23. Mariachi El Bronx
Only the Lonely (Roy Orbison cover)
When you suddenly turn your hardcore punk band into an honest-to-god mariachi outfit, there are no walls left to break down. No one will even bat an eye if that punk-turned-mariachi band covers Roy Orbison. The Texas-born songwriter had long incorporated subtle south-of-the-border rhythms in his songs and Mariachi El Bronx push those hints as far as they will go with swooping chords, fluttering strings, and a full dish of Latin flair. Roy Orbison: coming soon to a Chi Chi’s near you. – R.P. 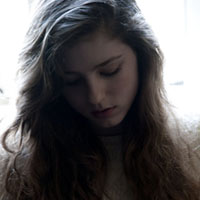 22. Birdy
Skinny Love (Bon Iver cover)
Perhaps the biggest cover success story of the year came from a 14-year old girl in a small British port town. Jasmine van den Bogaerde – otherwise known as Birdy – uploaded a simple (but hardly amateur) piano cover of Bon Iver’s “Skinny Love” to YouTube and millions of views started roaring in. Though she hasn’t quite broken in stateside, she’s become a sensation across the pond and earned a spot on our Best Cover Albums list. The cover that started it all is simple, unaffected, and utterly breathtaking. – R.P. 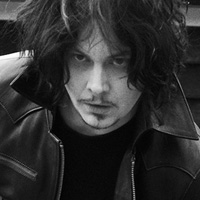 21. Jack White
Love Is Blindness (U2 cover)
In It Might Get Loud, Jack White and the Edge admit that, though both guitar wizards, they attack their instrument from very different perspectives. They found common ground onscreen though and White continued the crossover on “Love Is Blindness.” Far from averaging their differences, White goes hard for the sort of crazy blues soloing Edge never bothered with. It’s the hardest we’ve heard Jack rip in a few years and the fact that it’s on a U2 song of all things shows once again why trying to predict White’s next move is a wasted effort. – R.P.