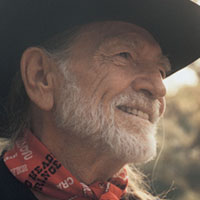 50. Willie Nelson
The Scientist (Coldplay cover)
Nothing gets our suspicions aroused quicker than a cover commissioned for a corporate commercial campaign. Heck, if it wasn’t Willie, we might not have bothered giving it a fair listen. That would have been a shame, as Nelson delivers a heartfelt take that positions the song exactly where Chipotle Mexican Grill needed it to be to champion their sustainable farming foundation. One of our best covers of the year, and on some parallel website, probably one of the best advertising campaigns of 2011 – especially when paired with that cute video. – Dave Cowan 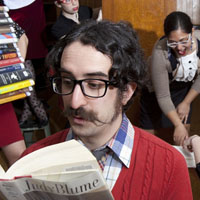 49. The Michael J. Epstein Memorial Library
The Weeping Song (Nick Cave and the Bad Seeds cover)
In “The Weeping Song,” Nick Cave had the good sense to keep things catchy even amidst the most depressing conversation a father and son ever had until The Road (scored by Mr. Cave, naturally). The Michael J. Epstein Memorial Library lays a poppy veneer on Cave’s brooding lyrics, keeping most of the melodrama, but adding high-octane handclaps and sawing fiddle. The female vocals lighten the mood just enough to get you to sing along before you slit your wrists. 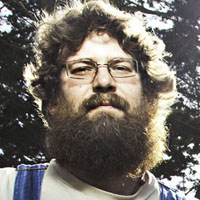 48. Trampled By Turtles
Where Is My Mind? (Pixies cover)
Bluegrass covers of alternative songs are practically a category all their own. Only the best of the lot escape the novelty tag. Trampled by Turtles easily separate themselves from the rest with their inspired cover of the Pixies’ view into Black Francis’ mind. Ryan Young’s fiddle is the key element in keeping a connection with the feel of the original, allowing the rest of the band to put their stamp on the song. One of an increasing number of covers tied to charity causes with proceeds benefiting the late Harry Chapin’s WhyHunger organization. – D.C. 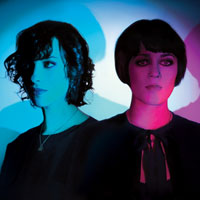 47. Ladytron
Little Black Angel (Death in June cover)
A great cover should stand on its own merits, but songs like this get even better when you realize just how far out a band took the source material. The original here is a dark neofolk song, itself based on a song by Jim Jones’ People’s Temple Choir (yes, the same Jim Jones you’re thinking of). Ladytron flips the acoustic dirge into a dark club anthem, brooding and banging and ready to soundtrack a vampire fight scene in the next Blade movie. 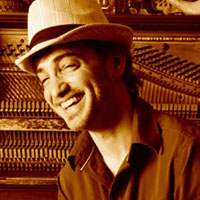 46. Holmes
It Was a Good Day (Ice Cube cover)
A few years back, Ben Folds and Dynamite Hack set the bar for lite-rock rap covers with “Bitches Ain’t Shit” and “Boyz-n-the-Hood.” Both those radio hits came coated with layers of irony, though, while Holmes’ rocking take on Ice Cube’s “It Was a Good Day” sounds genuine. Yes, the lyrics sound funny in such a different context, but the emotion – I feel great today even though most days suck – is universal. You may not run around with an assault rifle, but you’ll still find yourself filled with the warm and fuzzies when he sings, “Today I didn’t even have to use my AK.” 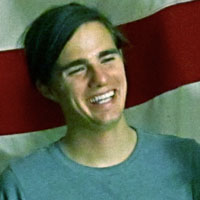 45. Roadkill Ghost Choir
Pennyroyal Tea (Nirvana cover)
Not many years suffer from a dearth of Nirvana covers, but 2011 must have set some sort of record. Nevermind celebrated its 20th anniversary and the tributes just never stopped. One of the best covers came a couple years early for the In Utero tribute though, with Orlando sextet Roadkill Ghost Choir crafting a haunted folk-rock cover of “Pennyroyal Tea.” Slide guitar wafts around this barren wasteland of a track as Andrew Shepard’s deep-woods moans build to a cathartic guitar solo. 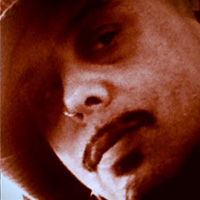 44. Candy Golde
The Boy in the Bubble (Paul Simon cover)
You heard about a lot of all-star supergroups this year, but one that seemed to vanish as quickly as it arrived was Candy Golde. Featuring Bun E. Carlos (Cheap Trick), John Stiratt (Wilco), Rick Rizzo (Eleventh Dream Day), and Nicholas Tremulis, Candy Golde debuted at SXSW to much acclaim before band members reverted back to other projects. Even if we never hear from them again, though, thank goodness they left us with this ripping Paul Simon cover. Part bar band bluster and part country hoedown, it finds the bandmates bringing the best of their respective groups to one shit-kicking performance. 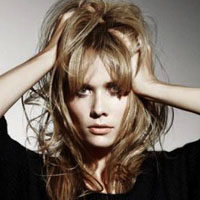 43. Oh Land
Bloodbuzz Ohio (The National cover)
Between this and her Fleet Foxes cover, Danish singer Nanna Øland Fabricius shows a knack for infusing delicate indie songs with synths and beats. Far from forcing these into some four-on-the-floor house mold, though, her covers retain all the songs’ quirky charm and lyrical affect. “Bloodbuzz Ohio” borrows elements from pop, ambient and even gospel to make a track that pushes the original to a grand extreme without diminishing its subtle beauty. 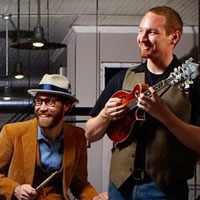 42. Dollar Fox
Big Rock Candy Mountain (Harry McClintock cover)
It’s not uncommon for a cover to take a new approach to a song; what’s rare is for a cover to excavate a sound more fitting than the original ever displayed. That, though, is precisely what Dollar Fox did with Harry McClintock’s hobo-folk classic, “Big Rock Candy Mountain.” The original was a cheery ode to a tramp’s paradise, re-popularized by O Brother, Where Art Thou? Dollar Fox turns it around entirely, bringing out the despair of the fact that such a place could only ever exist in song. It’s an undeniably somber track, but it’s an artfully executed somberness that gives the song all of its gritty beauty. – Brent Rydin 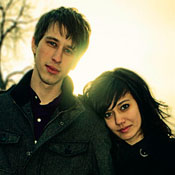 41. Phantasmagoria
In the Aeroplane Over the Sea (Neutral Milk Hotel cover)
Jeff Mangum made some of the biggest music headlines of the year when he emerged from his self-imposed exile for an honest-to-goodness tour. We still have no hints of new music from him, though, so we’ll have to settle for drastically reimagined takes on his classic songs. Detroit duo Phantasmagoria turn Mangum’s whimsical folk-rock celebration “In the Aeroplane Over the Sea” into a thudding electropop track, turning the bass to 10 and using synths and chimes to surround that instant-earworm melody.