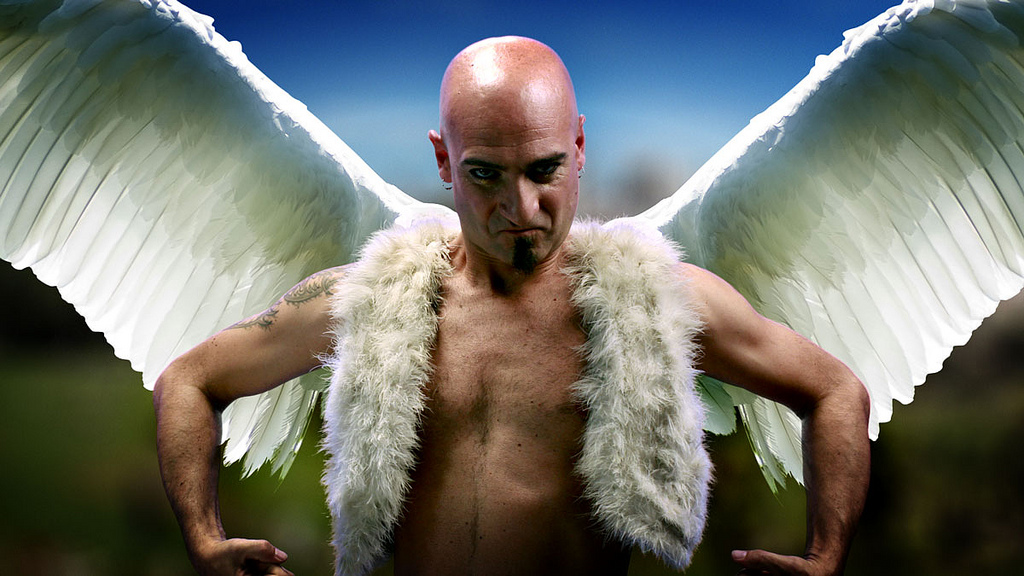 The phrase “cover music video” is something of a misnomer. The fact that these songs were originally performed by other artists has, in all cases but one, nothing to do with the video. We might more accurately call this list “Best Music Videos for Songs That Just So Happen to Be Covers.” Still, the cover angle gives us a chance to look at some brilliant music videos that mostly flew somewhat under the radar.

10. Trampled By Turtles – Where Is My Mind? (Pixies cover)
Directed by Justin Gustavison

Trampled By Turtles invited fans to send in pictures of themselves holding a word from the song’s lyrics. On the surface, it’s a cute concept that shouldn’t lead to a particularly watchable video. As it turns out, though, Trampled by Turtles fans are excellent photographers! Get your freeze-frame finger warmed up, because these go pretty fast.

Some days, you want to expand your mind and cultivate your intellect. Other days, you just want to watch guys in monkey masks run around an abandoned parking garage.

This one’s a humor video more than anything, but it’s a pitch-perfect take on the obnoxious meme. “Deep” shots of water fountains and traffic frame this melodramatic ballad. When you wear a black turtleneck, even listing the days of the week can seem important.

High5Collective direct some of best music videos available today. The catch is, no one ever asks them to do it; this clip, like all the others, is unauthorized (the song has no “official” video). With a series of resonant scenes, though, High5Collective shows why people should be hiring them to do videos for real.

This is the video alluded to above that does rely on the song’s “cover-ness.” People in Beatles box heads and second-rate Sgt. Pepper jackets air-rock around New York. It’s a simple concept, executed beautifully.

5. MGMT – All I Ever Wanted Was Everything (Bauhaus cover)
Directed by Ned Wenlock

Animated cover videos were big this year (see also: Amanda Palmer, Weird Al, Holmes). MGMT and Ned Wenlock outdoes them all though. The unfurling paper cutouts craft a Dickensian world of industry, urban life, and the most compellingly displayed lyrics since “Fuck You.”

“The Electrician” really contains two distinct videos, one pretty good (police chase), one only okay (ballerina). When combined, though, they produce a jarring combination of beauty, mystery, and violence.

The album this track hails from began its life as a theater piece, so it makes sense the video features striking visuals. The American Indian motif mixes around with some predictably gorgeous landscapes, but the falling man adds a strange Lynchian twist.

Produced for a Canadian animation festival, this stop-motion clip offers everything you ever wanted in a music video. Assuming you wanted bald angels, a tiny vampire buddy, and two Godzillas making out.

The best clip of the year creates a compelling, exciting, confusing dance party from the most basic elements: a megaphone, a well-placed fire, and a gang of child extras from Mathambo’s native South Africa. The directors use the black and white framework to full effect, creating striking contrasts with light powder, dark skin, and the sort of white-suited jerking you’d learn in a David Byrne dance class.

Check back tomorrow for Best Cover Albums of 2011!