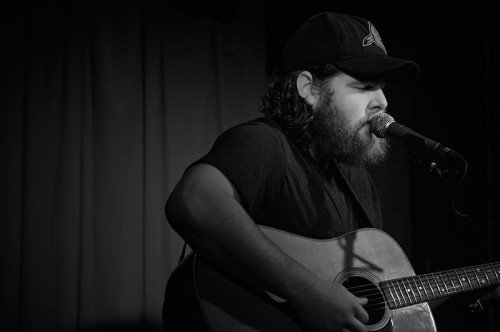 Anyone familiar with Manchester Orchestra knows that they are no strangers to the cover song. Even more, lead singer Andy Hull has an astounding ability to turn popular indie-pop and rock songs into acoustic masterpieces. We’ve previously posted covers from both Hull and Manchester Orchestra. It’d be impossible to write Hull off as just the lead singer of your typical indie-rock band. He’s actually the front-man of not only Manchester Orchestra, but two other side projects: the folk group Right Away, Great Captain and Bad Books, which he performs in with folk musician Kevin Devine.

This time around, Hull puts his cover chops to the test with the Strokes and TV on the Radio. While you can’t so easily place TV on the Radio and The Strokes in the same genre, there are a lot of similarities in their music that Hull might have picked up on when choosing to cover “What Ever Happened” and “Will Do.” Both bands rely heavily on the instrumental aspect of their music: the Strokes with their guitars and drums, and TV on the Radio with their synths and experimental sound. So, watching Hull take on both songs with just a guitar and his perceptive voice really is something else. Watch him perform both songs below.

Andy Hull – What Ever Happened (The Strokes Cover)

Andy Hull – Will Do (TV on the Radio Cover)

Check out more from Manchester Orchestra at their Website and more from Andy Hull at his blog.