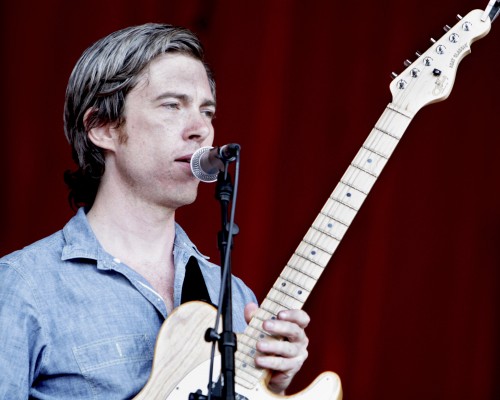 Waylon Jennings is referred to as the original outlaw-country artist. He owes much of that to the song “Ladies Love Outlaws” which became a hit for him in 1972. The man who wrote that song, Lee Clayton, also went on to pen the laid back tune “If You Could Touch Her at All,” recorded on Jenning’s 1974 album This Time. The track was produced by Rock and Roll Hall of Famer Duane Eddy and features The Crickets, Buddy Holly’s backing band, as musicians and vocalists.

As a recent encore to his live set in Poland, Bill Callahan performed a faithful cover of the Clayton/Jennings track. The indie folk rocker stays true to his alt-country roots, when he was known as Smog, and does the cover some lo-fi justice. Listen to the live track below. (via One Thirty BPM)

MP3: Bill Callahan – If You Could Touch Her at All (Lee Clayton/Waylon Jennings cover)

Get more info on Bill Callahan over on Drag City.