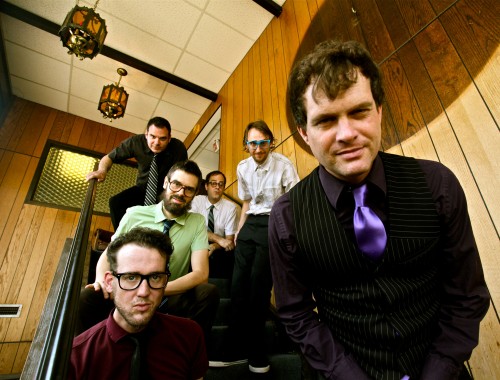 On Friday, we rounded up some of the early Christmas covers, but today they begin in earnest. The A.V. Club returns today with another season of Holiday Undercover, which last year featured covers by the Dresden Dolls, Shearwater, the Walkmen, and a particularly memorable duet between Andrew W.K. and a mailman. Season two kicks off to a fine start with Electric Six covering “You’re a Mean One, Mr. Grinch.”

“As lyrics go, I think this is the one that best sums up where we’re coming from as a band,” singer Dick Valentine said about the choice. If you’re familiar with “Danger! High Voltage!” you’d surely agree. Frankly, it’s surprising that Electric Six hasn’t used the line “stink stank stunk” in one of their own songs. So grab a mug of cocoa and your light-up codpiece and watch them perform the How the Grinch Stole Christmas classic “You’re a Mean One, Mr. Grinch.”

One Response to “Watch: Electric Six Kick Off Holiday Undercover Season Two with “You’re a Mean One, Mr. Grinch””