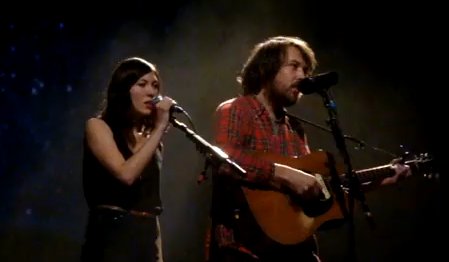 In 1965, a 16-year old Jackson Browne wrote the song “These Days.” It was first recorded by German model Nico in 1967, then Gregg Allman, and then Browne himself in 1973. These three versions in differing styles have created the foundation for one of the more popular cover songs in the last 45 years. Other notable artists to cover the track include; Nitty Gritty Band, John Cale, Tom Rush, 10,000 Maniacs,  Fountains of Wayne, and St. Vincent.

The original Nico recording was used in a scene in the 2001 film The Royal Tenenbaums, igniting a resurgence of the song’s popularity and a new wave of covers. So while opening on tour for Fleet Foxes in Europe, indie-folkster Alela Diane joined Foxes’ frontman Robin Pecknold for a lovely take on the oft-covered song. Watch the duet from a recent show in Milan below.

You can get more info on Fleet Foxes on their website and Alela Diane on hers.