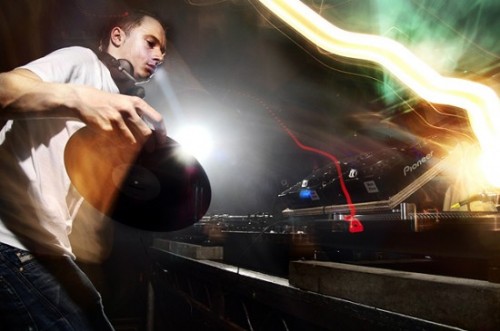 Most of you may not be very familiar with UK dubstep producer Feed Me, real name Jon Gooch, so I can understand if there was some hesitation when he decided to cover Two Door Cinema Club’s extremely popular indie-pop hit “What You Know.” When listening to the original I’m sure very few people felt inclined to suggest a dubstep version, which is unfortunate because after listening to Feed Me’s cover (which also seems to be part remix), I can’t help but wish it had come along sooner. The song, which premiered on BBC Radio 1, is fun, energizing, and most importantly lays to rest anyone’s belief that dubstep can’t do indie. It can, and it can do it really well.

Feed Me released his last EP Feed Me’s Big Adventure in 2010 on Deamau5’s label Mau5trap and has been gaining a more mainstream following ever since. Covering Two Door Cinema Club might seem appropriate then, since they are another up-and-coming European band that has recently gained a surprising amount of mainstream success, touring with Phoenix and Tokyo Police Club. The most intriguing part about his version is the way Feed Me replaces the extremely poppy sounds in the song with a heavy bassline that gradually builds up to a late drop. It’s subtle, but unmistakably catchy, and it doesn’t make the mistake of drowning out the vocals. While the drop is late, it doesn’t change the fact that as the song continues to play you won’t be able to resist the urge to turn up your sound system.

Check out more from Feed Me at his Soundcloud Page.