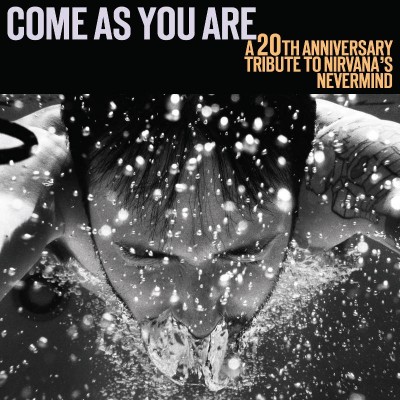 The Nirvana tributes keep coming. We’ve already heard the iconic Nevermind album honored by SPIN, an all-star concert, the city of Miami, and – oh yeah – us. Now there’s another Nevermind tribute, from the same tribute label that delivered Paint It Black and Subterranean Homesick Blues. It’s called Come As You Are: A 20th Anniversary Tribute To Nirvana’s Nevermind and you can hear three of the best tracks below.

mewithoutYou turns “In Bloom” into a quirky little freak-folk ballad that fits right into their recent sound. Murder By Death brings their spooky death-country twang to “Lounge Act,” putting their trademark punk cellist to good use. The Album Leaf slows down “On a Plain” into a soothing rock groove. Stream all three tracks below (via Purevolume), then pick up the whole tribute at Reimagine Music.

The Album Leaf – On a Plain (Nirvana cover)

2 Responses to “mewithoutYou, Murder By Death, and the Album Leaf Cover Nirvana Classics”