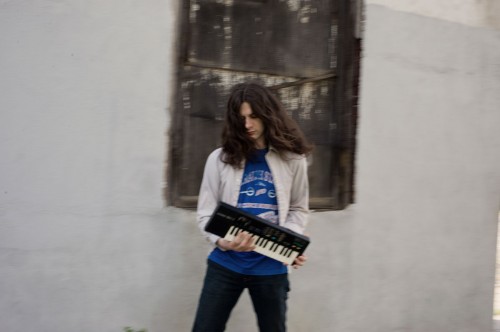 Kurt Vile might still be coasting off the critical acclaim laid upon his recent album Smoke Rings for My Halo, but the man never stops. In the past three years, he’s released four albums and three EPs and now he’s back with a fourth: So Outta Reach. It includes a studio cover of Bruce Springsteen’s “Downbound Train” (which we saw him perform live in August). It’s dirty and grimy and features some fierce guitar soloing at the tail end.

If that’s not enough, a second new Vile cover just hit the Interwebs. It’s him and Black Bananas, the new project by Royal Trux’s Jennifer Herrema, covering the Rolling Stones’ “Before They Make Me Run.” It’s a perfect pairing with the Springsteen, adding female vocals to the garage riffing. Stream both below

Buy the ‘So Outta Reach’ EP at Amazon.