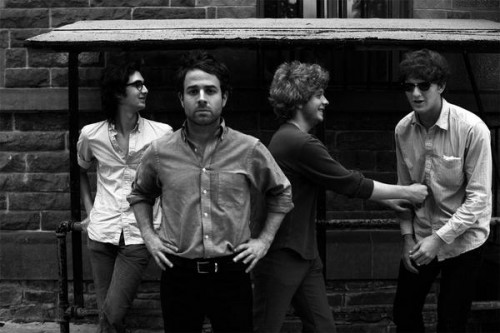 Los Angeles-based folk-rockers Dawes are touring the nation in support of their sophomore LP Nothing is Wrong and when they stopped recently at Royale in Boston, the folks at Visible Voice were on hand to review the show. Along with their review, the Voice posted a new live recording of the last time Dawes hit Boston, opening for Middle Brother at the Paradise in March. Along with some passionate recordings of their early material and an always-appreciated cameo from the legendary Jonny Corndawg, this set featured a cover of the ’70s rocker “Out In The Woods” by Rock Hall of Famer Leon Russell, known for his extensive session work with some of the biggest bands of the classic rock era.

As he does in some of Dawes’ best songs, bassist Wylie Gelber takes the reins on this song with a bold, funky bass line. Frontman Taylor Goldsmith’s howling vocals give their version of the song a sense of emotional weight and energy, almost channeling some Black Keys-style grit in the first sections of the song. Taylor also busts out an impressive classic rock guitar solo at the end, backed by some frenzied drumming by his little brother Griffin Goldsmith. This cover really shows Dawes at their best musically. Stream and download the recording below. (via Visible Voice)

MP3: Dawes – Out in the Woods (Leon Russell cover)