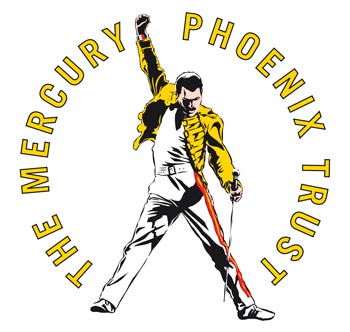 On April 20, 1992, one of the most impressive collections of musicians ever assembled for one show gathered together to pay tribute to Farrokh Bulsara, better known to the world as Queen frontman Freddie Mercury, who had passed away due to complications from AIDS some six months before. Today, as we approach the 20th anniversary of his passing, Cover Me looks back at this monumental concert event, a celebration of covers and of one of the most unique talents ever to grace the performing arts.

Probably the most immediately striking thing about the lineup of the Freddie Mercury Tribute Concert is how relevant it seems 20 years later. As far as the talent on-stage goes, other mega-concert events (Live Aid and Live 8 come to mind) don’t really compete with this one, especially when you consider how many more artists they feature. So many of the performers here who paid tribute to Freddie continued to have long and fruitful careers well after this show, and many still do today. If that’s not a testament to the power Mercury and his band had over popular music, what is?

You should note that despite its monolithic status both as a concert and as a cultural event, the Freddie Mercury Tribute Concert hasn’t received the official archival treatment it deserves. The only way one can procure an entire, uncut copy of the concert is through illicit methods, and good luck finding high-quality recordings of every song. Shortly after its original airing (broadcast throughout 76 countries with an audience as high as one billion people estimated) the show came out on home video, but several songs were cut given the time constraints of the medium. Ten years later, the Mercury Phoenix Trust (established with the proceeds raised by the show) remastered the concert and released it on DVD, but the impressive list of opening acts was nowhere to be seen on this version. As such, please excuse us if we post videos of less-than-fantastic quality, and if we start talking about a song you don’t remember being in the show, it was — it was just never officially released!

The Freddie Mercury Tribute Concert was essentially divided into two halves. At the top of the show, full bands (plus one solo artist) influenced by Freddie came out to perform brief sets that typically contained a mixture of their own material and Queen songs. Besides solo artist Bob Geldof, that opening group bears a lot of similarities to bills you’d find at a Monsters of Rock concert from around the same time. That seems to suggest that in 1992 Queen’s effect was most easily seen on bands of the hard rock/metal persuasion. Of course 20 years later metal has mostly left Queen behind, and more pop-oriented alternative groups instead wear Mercury on their sleeves, among them the Killers and Green Day. For the hard rocker of the early ’90s, though, this concert is heaven.

The Mercury Tribute opens with Metallica, who perform three songs off their recently released Black Album, not yet directly tipping their hat towards Mr. Mercury. Funk-hair band Extreme next takes the stage with a Queen-heavy set (we’ll get back to them in a minute), and then comes the first English group of the night, Def Leppard, who in addition to high-energy performances of their own “Animal” and “Let’s Get Rocked” invite guitarist Brian May onstage to perform Queen’s 1975 single “Now I’m Here.” That song makes a particularly good fit for Def Leppard, as it draws on precisely the same musical roots that Leppard does – heavy ’70s British glam like Mott the Hoople and T-Rex. In fact, it’s probably the Queen song that best reflects their influence on Def Leppard, and it’s well-performed here.

After a solo performance by Boomtown Rats frontman Bob Geldof and a somewhat inexplicable one-song set by Spinal Tap (how on Earth did three comedians in a fake band get put in front of that many people?), Guns n’ Roses takes the stage to tear through “Paradise City” and “Knockin’ on Heaven’s Door.” It’s easy to forget the latter’s a cover, especially in this context (since it’s not a Queen song), but in a way Axl and company used the global stage to drop their newest single, a rocked-out vamp on a Bob Dylan classic. Like many of their other run-throughs of the song from that era, this performance also contains a brief introduction cribbed from Alice Cooper’s domestic abuse ballad “Only Women Bleed.” Though the two fit together quite nicely musically, their connection isn’t especially clear, except for perhaps that both songs feature protagonists who make brutally violent mistakes. This performance of “Knockin’ on Heaven’s Door,” minus the Alice Cooper intro, was used as the B-side to the studio-recorded single of the song; it was also included on the band’s 1999 album Live Era ’87-’93 with a little cleaning up — during the actual concert performance, you can hear the band fall apart a little bit during the weird reggae breakdown Axl imposes in the middle of the song.

In many ways, though, the star of the opening sets is Boston four-piece Extreme. The band bursts onto the stage with guns blazing, starting their set with a 12-plus minute medley of Queen songs that includes the following tracks:
• Mustapha
• Bohemian Rhapsody
• Keep Yourself Alive
• I Want to Break Free
• Fat-Bottomed Girls
• Bicycle Race
• Another One Bites the Dust
• We Will Rock You
• Stone Cold Crazy
• Radio Ga Ga
• Bohemian Rhapsody (reprise)

It’s a bold move for the group to run through so many classic songs in quick succession at the top of the show, especially considering many of these receive full airings as the night goes on. Some viewers might even call this sacrilege. But look at the crowd — it doesn’t seem like anyone’s complaining. The 72,000 in attendance are there to celebrate Queen, and that’s what Extreme lets them do. In a way, their medley’s like them playing DJ, mixing up snippets of songs to give the crowd a small taste of what’s to come. It’s also sort of a tribute to Queen’s famed Live Aid set, which also featured abridged versions of several Queen songs (and took place on the very same stage!).

What really makes the medley work is how well Extreme sells it. Singer Gary Cherone has taken a lot of flack throughout his career for being nothing but a mimic (he had the unfortunate job of replacing Sammy Hagar in Van Halen), but here he takes plays straight out of Freddie’s book, especially in the way of crowd control, as pure homage to a man who’s clearly his hero. Brian May even says as much in his introduction, noting that Extreme “possibly more than any other group on the planet understands what Queen has been about all these years and what Freddie was about all these years.”

After the medley, Extreme pares down to just Cherone and guitarist Nuno Bettencourt for a sensitive performance of the Queen ballad “Love of My Life.” Bettencourt’s guitar-playing here, as usual, is out of this world (that’s probably why Rihanna currently has him on lockdown as part of her touring band). Cherone has a few pitch issues, which you can tell from the video really breaks him up — he’s trying so hard to sing this song, and the emotions come through even if the notes always don’t. “Love of My Life” is especially appropriate casting for Cherone and Bettencourt given their band’s signature song, the acoustic “More Than Words;” in fact, the two segue into a brief performance of their own hit after finishing “Love of My Life.”

Though Extreme’s only the second band to take the stage for the concert, their skillful, deep performances command the lion’s share of attention from this first part of the show. Cherone and his group basically serve to whet the audience’s appetite for the second part of the night, the thing most of the crowd’s there for — basically all Queen, all the time.