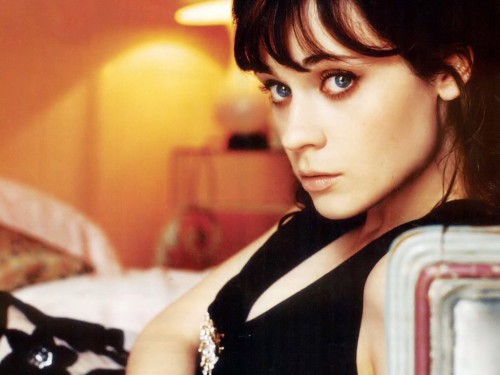 Singing a nationally televised national anthem is a risky enterprise. The penalty for failure is everlasting shame (and there are many examples of those who have failed) and the reward is usually only that you aren’t remembered for failing. Yet pop stars continue to go out there and belt out “The Star-Spangled Banner” for their country.

The most recent example occurred at last night’s Game 4 of the World Series. Zooey Deschanel, who along with M. Ward makes up the oldies inspired She & Him, and whose husband, Ben Gibbard, sang the anthem at last year’s NLCS, delivered the anthem as it’s supposed to sound. Deschanel’s husky (some might say quirky) voice is instantly recognizable as she enunciates the opening lines. As she hits those lofty stretches of high notes she does a great job of not trying to overdo it. Her version doesn’t include any ear-splitting passages, but instead highlights her mellow and wonderfully on-pitch voice. It’s hard to stand out among those who have done this right, but at the very least she won’t be remembered as one of the worst. Watch the performance below.

One Response to “Watch: Zooey Deschanel Sings the National Anthem for the World Series”