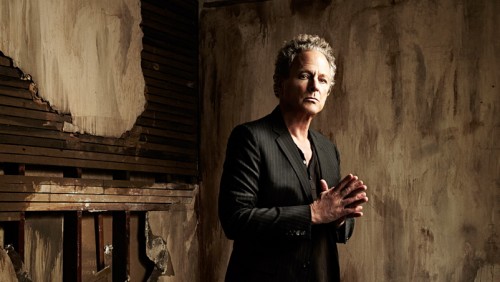 Lindsey Buckingham turns 62 today. At an age where most people are looking forward to getting their first Social Security check, he’s in the middle of a 31-city tour, supporting his fourth album in the last six years, Seeds We Sow, featuring a fantastic cover of The Rolling Stones’ “She Smiled Sweetly”. Buckingham holds a special place in rock history, not just for his years as the crux of Fleetwood Mac, but for his willingness to embrace an off-kilter alternative sound even as he anchored a band that was guaranteed a top-ten placing with any album they released. Only Buckingham could ride the white stripe between the fast lane and the ditch with such confidence, due in no small part to his poppy but dark songwriting, his arranging skills, and his always-underrated guitar playing.

Here’s our present to Lindsey – five covers of his songs that lift them up with strength and respect. Like Buckingham, they’ve got that something special that deserves to be shared and saluted.

The Twilight Singers are one of those bands that starts off as a side project and gradually become the main focus; in this case, Greg Dulli hopped out of his Afghan Whigs vehicle and has now been behind the wheel for The Twilight Singers for over a decade. They’ve released five albums; their third, She Loves You, was all covers and included one from the electric mayhem of Fleetwood Mac’s Tusk. In Dulli’s hands, “What Makes You Think You’re The One” goes from a spare drama to a lush one, with some gauzy guitar filling out the sound beautifully.

The Velvet Crush – Save Me a Place (Fleetwood Mac cover)

Another Tusk reworking, this one taking the vaguely Hawaiian folk sound of the original and adding the gentle crunch of power pop. From one of the great records of the last decade, 2002’s Soft Sounds – if you love Matthew Sweet (who produced this), you’ll want to hear more of this.

Buckingham released his solo debut, Law and Order, right after Stevie Nicks’s solo debut went platinum. Buckingham didn’t have her degree of success, but he did get a top ten single in “Trouble.” When French Kicks covered it on their Covers EP, they kept the sound very close to the original. A good decision, as Buckingham nailed the arrangement (that hook! those harmonies!) right from the start.

The cover of Buckingham’s followup album features him looking like an extra from The Cabinet of Dr. Caligari; the top-forty title track captures him sounding just as apprehensive and paranoid as he looks. The Midwestern band Frosting brings what they call an “Aimee Mann meets Johnny Cash” sound to their cover, draining the pain away but leaving the memory of the pain behind to continue haunting.

The opening song of National Lampoon’s Vacation captures the feel of summer on the open road like few others, what with the wail-along-with chorus and the bounce-along kick of the music. But Matt Pond PA had a different holiday in mind; on their Winter Songs EP, they turned it into an ideal song for listening to when curling up by a Christmas fire.

There’s so much more to Lindsey Buckingham than “Go Your Own Way” – find out some of it on his website.

3 Responses to “They Say It’s Your Birthday: Lindsey Buckingham”