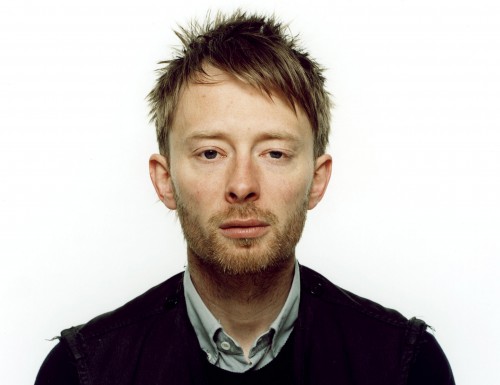 After a whirlwind New York visit last week to promote Radiohead’s The King of Limbs, Thom Yorke has returned to England. No word on when we’ll hear from him next, but the wait might not be too long. Bassist Colin Greenwood told NME a few days ago, “We’re getting together this week to talk about our plans for the rest of the year. We’re having a brilliant time, so obviously we want to keep it going.”

Hope Yorke at least takes a break today, his 43rd birthday. Rarely a week goes by without a new Radiohead cover on this site, so to celebrate we’re taking a different tack, focusing on his solo material. He’s only released one proper solo album – 2006’s The Eraser – but we’re confident we’ll see a follow-up sooner or later. Until then, celebrate Thom’s birthday with covers.

The first song on Yorke’s solo album indicated a new, more downtempo direction for him (and, subsequently, Radiohead). Instead of stripping away some of the electronics, High Cold Star push the song into even glitchier territory. If “The Eraser” had appeared as a King of Limbs demo, this is what it might have sounded like.

Going in the polar opposite direction, Sound and the Urgency strips down what was a funky bass jam to a swirling guitar ballad. His near-Scottish lilt (despite hailing from Portland) helps bring clarity to Yorke’s dense meanderings.

Originally appearing in a Pomplamoose-esque VideoSong, this cover of the Eraser closer combines violin and piano with wall-hitting and door-closing percussion. Tom Waits this ain’t though, as the delicate guy-girl harmonies attest.

The Marches’ cover of “Black Swan” got a good deal of web buzz when it appeared in early 2010. It walks the line between folk ballad and free jazz, throwing in an atonal sax solo just when things start to get too pretty.

“Atoms to Peace” is clearly an important song to Yorke. After all, he named his Flea-featuring band after it. James Eric takes the basic template of multi-layered percussion and high-up falsetto and turns it acoustic, like folkie electronica.

Check out more Thom Yorke and Radiohead covers in the archive.