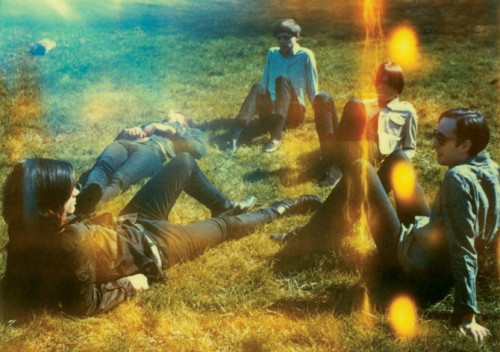 Last time the Horrors hit the BBC, they performed an obscure 1971 film theme. Today they returned to the station with a more mainstream cover choice: Beyoncé’s recent hit “Best Thing I Never Had.” The quintet turn the summer smash good and Horrors-ey, with a gothic darkness that belies the song’s pop origins. If you didn’t know better, you might think they were actually enjoying themselves.

The appearance promotes their new album Skying and if you ignore the somewhat incongruous lyrics, their “Best Thing I Never Had” would have fit right in there. It sounds like Jesus and Mary Chain attempting a Go-Go’s cover. Stream it below, via the BBC Live Lounge. A video is reportedly on its way too, so check back later for that (edit: watch it below).

The Horrors – Best Thing I Never Had (Beyoncé cover)