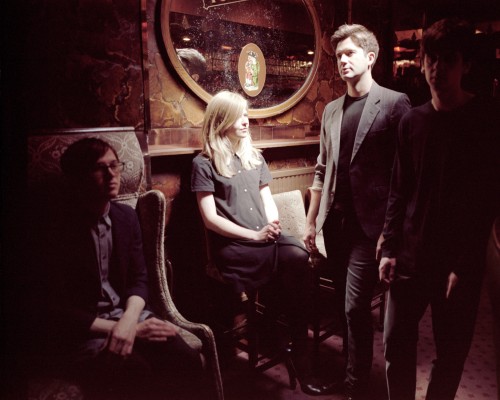 Mellow, dreamy British rockers Still Corners have started to make waves recently over here in the States, releasing their first album on Sub Pop two weeks ago and then appearing at the DeLuna festival in Florida along with the likes of Weezer, The Shins, Big Boi and the New Pornographers. During their festival experience they retreated to a hotel room to record a two-song live session for Paste, including a cover of Bruce Springsteen’s “I’m On Fire.”

Their interpretation of the ’80s ballad stays as simple as they can keep it, layering Tessa Murray’s smooth, ethereal vocals over basic fingerpicking and subtle, droning sustained notes from a second guitarist. Considering the intimate setting it seems strange that Murray sings into a microphone, but it indicates that she’s probably using some reverb or echo effects on her voice. Altogether it creates a serene, introspective atmosphere that matches the lamentations of the lyrics perfectly.

Watch the video over at Paste.

Check out more from Still Corners on their Facebook page.