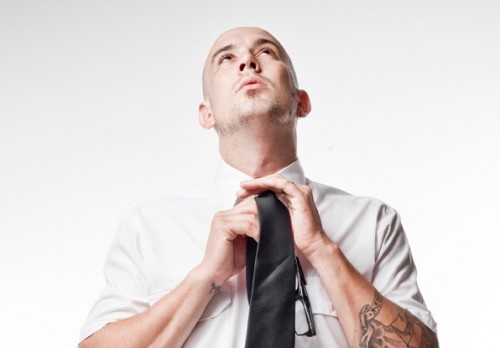 At first glance, The Black Keys‘ garage rock is an unlikely match for Australian rapper Phrase, but the Melbourne-based MC chose a track from the Keys’ breakout album Brothers for his session on Triple J‘s Like A Version. With the help of his band, Phrase maintains the Keys’ soulful groove on “Tighten Up” while infusing his own style with the addition of some rap verses.

Phrase’s cover, which he arranged in collaboration with his wife, Australian R&B vocalist Jade MacRae, stays true to the track’s original instrumentals and raspy vocals. His contribution comes in the form of two verses of laid-back rap, custom-written for the “Like A Version” performance. Despite the genre clash, the hip-hop and blues rock elements blend together into a surprisingly cohesive, pleasantly low-key cover. Watch and download the track below.

Check out more from Phrase at his website or Myspace.

2 Responses to “Phrase “Tightens Up” with Black Keys Cover”