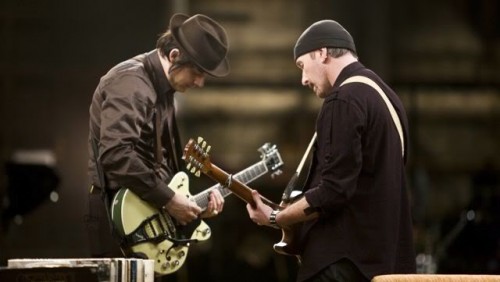 The gritty blues of Jack White and the soaring theatrics of U2 don’t seem an obvious match, but anyone who saw White and the Edge jam in It Might Get Loud knows they complement each other better than you might expect. White’s new cover of “Love Is Blindness” shows another connection, one that hews somewhere between barren White production and grand U2 statement. Until the guitar solo hits, at least, when it becomes unmistakably Jack.

The cut comes from AHK-toong BAY-bi Covered, a tribute to Achtung Baby that comes out with the next issue of Q music magazine on October 31st. Other contributors include Nine Inch Nails, Patti Smith, and Depeche Mode. Listen to “Love Is Blindness” below, then scroll down for the full tracklist.