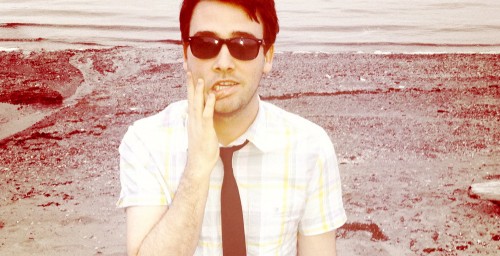 You’ve probably never heard of Glowbug until now, but his new covers EP Covered in Lights Vol. 1 should get your attention. The Washington state producer crafts a warm ambient-dance pop that exhibits far more character than these hazy laptop productions generally muster. Over the course of four songs, he converts beloved alternative/indie songs and bands into his upbeat electronica. Oh, and best of all, it’s free.

Glowbug (Daniel Anderson, also of The Ghost and the Grace and Idiot Pilot) released his debut album Mr. Plastic this year, which got some online notice as a buzzworthy combo of hip genres chiptune and chillwave. Hopefully this EP takes it further. On covers of Pixies, the Smiths, Radiohead, and Yeah Yeah Yeahs he pulls you in with rich, layered productions that bring out different angles of even the more clichéd song choices (“Where Is My Mind?,” “Maps”). Stream and download the whole thing below.