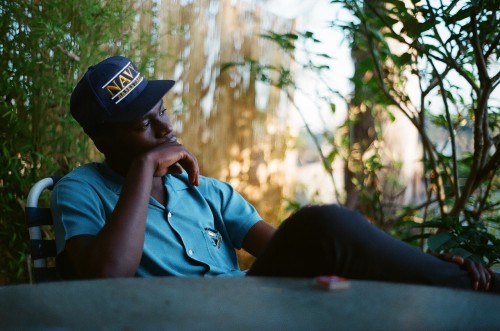 Brooklyn rapper Theophilus London showed he has respect for his elders a few months ago with his cover of soulman Jessie Boone’s “No Particular One,” and now he’s paying his respects to one of the most esteemed figures in Jazz and Big Band music, the legendary Nat King Cole. To fully capture the fat jazz horns on the song, London gets help from The Dap Kings, best known as Sharon Jones’ band and the horn section on Amy Winehouse’s “Back  to Black.”

Once again, Theophilus proves that his skills extend far beyond just rapping. A gifted singer, London takes command of the track and leads the band with his voice, updating the verses with a modern, urban attitude and indulging in the jazz traditions of call-and-response and vocal improvisation that sometimes borders on scatting. The band keep up at every turn, with the frantically polyrhythmic drum part and steady bass line combining to give the whole song a strong Latin jazz feel. Stream the song below.