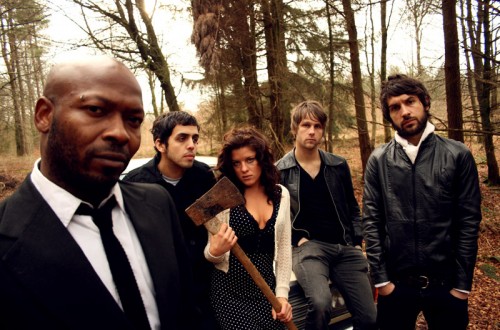 The ever-evolving soundtrack to the fourth season of True Blood has been giving us amazing covers left and right this summer and today is no exception. Each episode gets its name from the song that plays while its end credits roll, and the debut of the track for Sunday’s finale gives us a nice, spoilery title to make any fan nervous – “And When I Die.” That being said, while it makes us True Blood fans nervous to see whom of our friends in Bon Temps are going to kick the bucket this Samhain – excuse me, this Sunday – we’re focused on the music. In that sense, the track is, above all else, a magnificent surprise, as not nearly enough Blood Sweat and Tears covers come our way.

The original, though, composed by Laura Nyro and then popularized by Al Kooper and amigos, understandably doesn’t fit the bill for the weekly supernatural drama. It is, ultimately, an uplifting song. Regardless of the reasoning, Gary Calamar, who is both a KCRW DJ and music supervisor for “True Blood” wanted a cover over the original, and we’re lucky he did. Thanks to Calamar’s decision, we’ve got an incredible cover from The Heavy. Calamar told the guys to do their own thing, and their own thing was a perfect, creepy, cover that simply feels like Halloween and has a sound less like Blood Sweat and Tears, and more like “I Put a Spell On You” – the Screamin’ Jay Hawkins or Nina Simone version. Stream it below. (via KCRW)

Check out more from The Heavy at their website and Myspace.