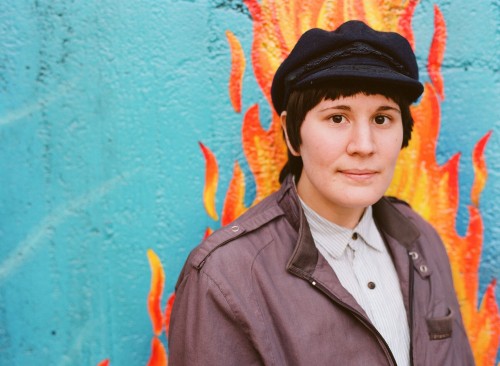 Sea of Bees is the musical project of Julie Ann Bee, or Jules as everyone calls her. She sings, writes the songs, and plays lots of musical instruments. In the short time she has been recording she has come  a very long way from how she learned to play music. She tells Spinner: “I went to church every Sunday morning to watch the kid there play guitar and watched how he would play open chords. I didn’t know what they were called, so I just did it. I wanted to conquer that f—ing guitar, you know?”

And conquer it she has. She recently released her latest conquest as a covers twofer on her five-track EP, Gnomes. Jules delivers a punchy acoustic version of Blue Oyster Cult’s “Don’t Fear the Reaper” featuring Neal Casal, a member of Ryan Adam’s The Cardinals who adds a bit of the signature electric guitar riffs. An exquisite rendition of U2’s “With or Without You” done solo acoustic wraps up the recording beautifully. Have a listen below and then head over to iTunes to purchase Gnomes.

Sea of Bees – With Or Without You (U2 cover)

You can get more information on Sea of Bees at her website.

One Response to “Sea of Bees Covers Blue Oyster Cult, U2 on New EP”