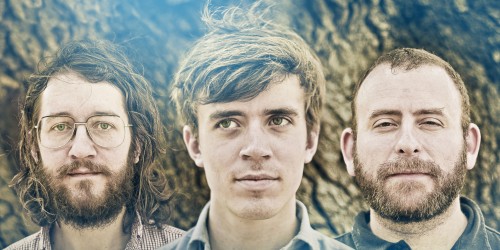 Back in January, we rounded up Yellow Ostrich’s terrific indie covers. We noted that we expected big things from him and, indeed, big things have arrived. In June, he signed to noted indie label Barsuk, which later this month re-releases his debut The Mistress. It comes with some goodies, including two new covers for everyone who pre-orders. They raise the bar even higher for the Wisconsinite, with one being a best-of-the-summer contender.

Singer Alex Schaaf takes on two diverse sources here: late-‘80s punk band Beat Happening and late-‘90s Eurodance outfit Eiffel 65. You may remember Beat Happening for any number of reasons, but you only remember Eiffel 65 for one: “Blue (Da Ba Dee).” Yes, one of the most obnoxious songs of the 20th century gets the cover treatment from Schaaf and the difference couldn’t be starker. He layers vocals into a slow-burn choir that eventually adds drums and squeaky synth. No matter how much you hate the original, you owe yourself a listen to this.

The second cover, available as a free download, tackles Beat Happening’s “Left Behind.” The band first performed the song at that Our Band Could Be Your Life concert, but it benefits greatly from a more controlled studio recording. Check out both songs below. Pre-order The Mistress to get a “Blue” download.