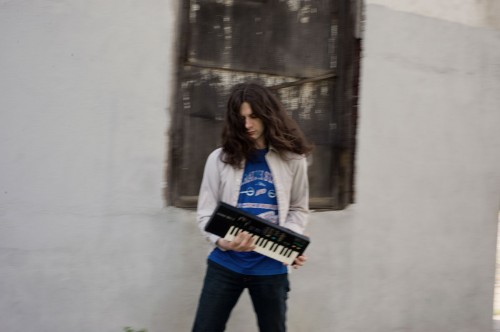 Bruce Springsteen is sometimes criticized for not enunciating his lyrics well enough to understand them, as (especially in a live setting) he sometimes lets his emotions take over his vocal performances. Despite such criticism, however, young artists like My Morning Jacket’s Jim James and Bon Iver’s Justin Vernon have embraced the singing styles of mumblers like Springsteen and Bob Dylan, opting for melodic wails and drones over intelligible presentations of their lyrics. While these singers have made this technique trendy of late, notorious mumbler Kurt Vile brings it back to its origin with his cover of Springsteen’s Born in the U.S.A.-era classic “Downbound Train.”

Performed as the closing song at a concert in Athens, GA on Saturday, the cover puts Vile into acoustic-guitar mode, although his band The Violators don’t seem to be holding back to compensate. The drums become prominent without Vile’s electric to compete with, giving the song some sinister grit that Springsteen’s original could have used more of. Vile’s elusive vocals also bring out the insecurity and nervousness of the lyrics, delving into the meaning more than Bruce usually does. The song, with an extended outro that features some impressive guitar-work from Vile and frenzied energy from his band, signaled the end of what must have been a great show. Watch the video and download the recording below.

Check out more from Kurt Vile on his website.