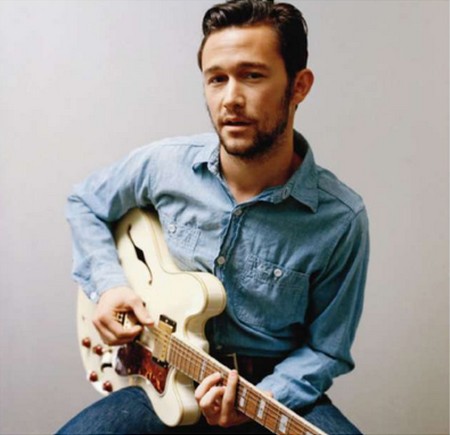 When he’s not stuck in a dream within a dream or falling in love with Ben Gibbard’s wife, actor Joseph Gordon-Levitt keeps himself busy with a new media project entitled hitRECord, which invites content creators to come together and collaborate on projects online. In the name of this project, Gordon-Levitt hosted an event this past Tuesday at the Neptune Theater in Seattle, where he was moved by the spirit of the city to take out his black Stratocaster and perform a solo rendition of Nirvana’s Lithium. The result, as captured in attractive black and white  for YouTube, shows that JGL actually does have some musical talent, although he probably shouldn’t try to make a career out of it.

“Lithium” is one of Kurt Cobain’s most elegantly simple songs, with its repeated chord progression and simple strumming pattern allowing Gordon-Levitt to get by without any guitar heroics or even a backing band. The vocals put his acting skills to the test, as he puts all of his effort into presenting the song with all of Kurt’s grit and emotion. He may not be breaking any new ground or adding much interpretation but he does a generally respectable job that’s absolutely worth watching. Check it out below.