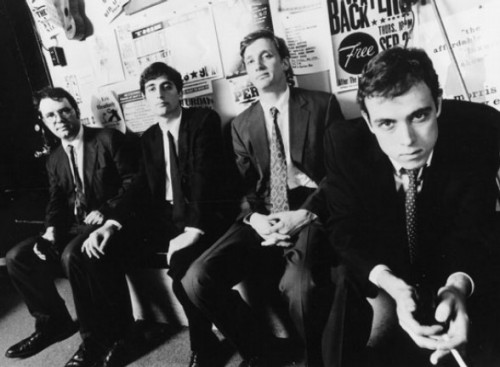 As you probably know, songwriting legend Jerry Leiber passed away earlier this week. We already posted a Cover Me tribute to the man, but now another tribute cover has made its way to our ears. It’s by the V-Roys, the Steve Earle-championed band fans thought they’d never hear from again after their 1999 breakup. Well, they’re back with “Smokey Joe’s Café,” the song Leiber and Stoller wrote in 1955 for the Robins (soon to be renamed the Coasters).

Admittedly, the V-Roys recorded “Smokey Joe’s Café” well before Leiber’s death, for upcoming retrospective collection Sooner or Later. The label released this track ahead of the album in tribute to Leiber though. It swings with bar-band swagger and some tasty guitar licks. Check it out below.

Check out more from the V-Roys at their website.